Dayton, TN —  Tractor Supply and the Rhea County Animal Shelter combined for an Adoption Event at Tractor Supply parking lot on Saturday.  Several volunteers were out to help with those looking to adopt dogs or cats or to ask any questions about the animal shelter.  The Rhea County Animal Shelter, located at 9118 Back Valley Rd in Evensville is now the only animal shelter in the county.  All other locations have been combined into the one Animal Shelter.  The Shelter answers over 100 calls per month for stray cats and dogs as well as other animals, including skunks and snakes.  Don’t think too many volunteers are looking to bring those in themselves.  The Animal Shelter has already adopted out over 500 animals for the year.

Animal Shelter Director Cheyenne Swafford has been with the Animal Shelter for a short time after working in Vetinary field previously.  Officer Katie Stout was also on hand for the adoption event.  Earlier in the week, the two had made two appearances at the Clyde W. Roddy library and took several animals, mostly kittens for the children and they were a big hit.

Several Volunteers were on hand and Christina Bonadio McClain shared about a very useful facebook page she administers call Animals: lost and found(Rhea County).  Click on the highlighted link to check out the page.  The animal shelter also has facebook page.  Rhea County Animal Shelter – Animal Shelter Alliance of Rhea.

Four dogs and six kittens were adopted on Saturday.

Young Arianna was very pleased to get not one but two kittens at the adoption event.  She named both the male and female kitten.  The male is Simpson and female is named Katlen Sarah. 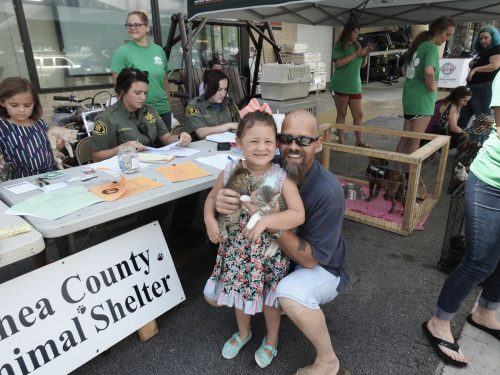 Tractor Supply Manager James Linger not only gave the Animal Shelter a place to setup but also donated food for the animals at the animal shelter. 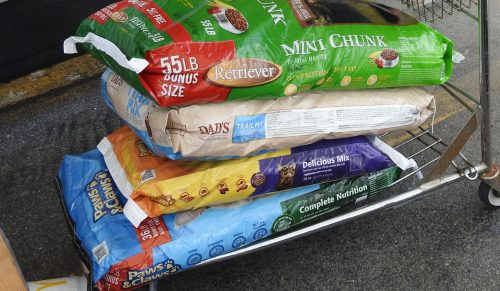