The Rhea County Sheriff’s Department is partnering with the Tennessee Highway Safety Office (THSO) for its annual Seatbelts Are For Everyone (SAFE) campaign. This statewide initiative is designed to increase seatbelt usage and child passenger safety restraint usage through the implementation of occupant-protection programs, public events, and checkpoints throughout local communities across Tennessee. The SAFE campaign begins February 1, 2019, and concludes August 1, 2019.

‘The last thing we as officers want to do is write a citation, but sometimes they are the best reminders to wear your seat belt.’ said Sheriff Mike Neal

“Most people get it— wear your seat belt and your chance of surviving a crash goes up significantly,” said Sheriff Mike Neal. “The sad thing is drivers too often make the wrong choice about seat belts and as a result are involved in more serious injury & fatal crashes. We ask everyone to buckle up before they drive anywhere.”

2019 will be the sixth year the THSO has sponsored the SAFE campaign. Last year yielded the following results:

This year, participating agencies will pay special attention to nighttime seatbelt enforcement. Tennessee has seen a disproportionate percentage of unrestrained fatalities between the hours of 6:00 p.m. and 5:59 a.m. Historically, approximately fifty percent of Tennessee’s traffic fatalities are unbelted. That percentage increases to nearly sixty when nighttime crashes are examined. 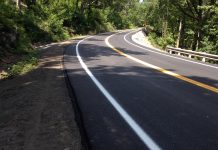 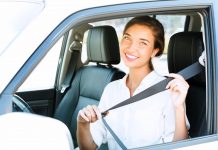