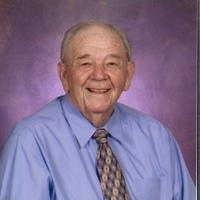 Robert C. Roop gained the fulfillment of his hope in Jesus Christ on September 5, 2020. He was 89 years old.

Bob was born in February 1931 to Paul and Virgie Roop. After honorably serving his country in the US Air Force, he worked for Raytheon Missile Systems, Magnavox, and retired from the Tennessee Valley Authority as an instrumentation technician. In December 1953, Bob married Bessie McPherson, and they raised three sons, Cliff, Daryl, Jeff, and one daughter, Teresa. He was a member of First Baptist Church in Spring City, TN, at the time of his death.

Bob was an avid fisherman, gardener, and fixer of anything broken. He also left a legacy of obedience and service to the Lord. He was a bold fisher of men, planting seeds of faith that grew deep roots in many lives, and he knew that the only hope for broken hearts and lives was a personal relationship with his Savior, Jesus Christ. Bob served as a deacon and Sunday School Teacher for many years. He coached Little League baseball and mentored countless young men in sportsmanship and integrity.

Bob was preceded in death by his father Paul, his mother Virgie, and his brother Harold. He is survived by his wife of 66 years, Bessie, and his children Cliff (Monica), Daryl (Kay), Teresa (Richard), and Jeff (Sharon). He had 9 grandchildren and 11 great-grandchildren.

Due to the Covid-19 circumstance, there will be no visitation. The body will lie in state for 30 minutes at the church.