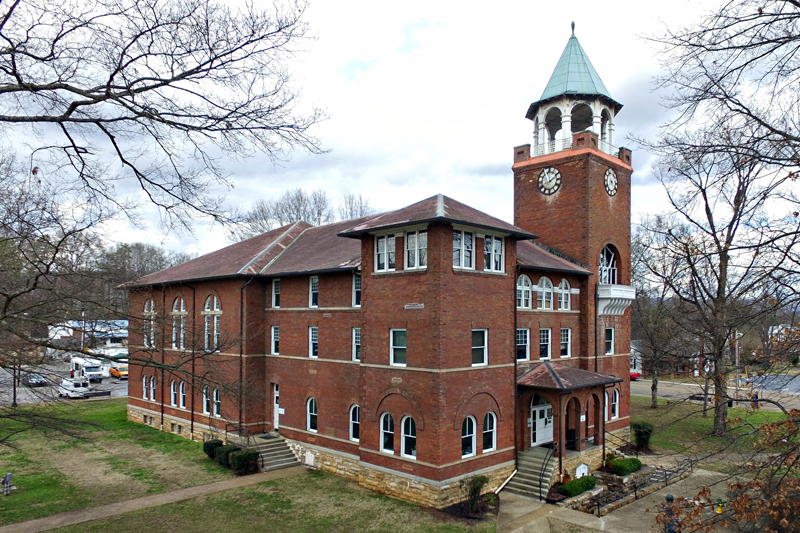 On Sunday afternoon, the Rhea County Historical Society hosted local and state dignitaries along with dozen’s of citizens. The purpose of the meeting was to discuss the future of the Rhea Courthouse if and when a new Justice Center is built.

For years now, the need for a new jail and justice center has been a hot topic. It has only been in the last couple of years that the idea of building one may turn into a reality.

Rhea County Sheriff Mike Neal has fought for a new jail for most of his terms in office. The current jail opened in 1960 with a bed capacity of 80. During this last month, the jail has had around 190 inmates. Severe overcrowding poses a safety risk to both inmates and jail staff. The courthouse, though larger in size, was not built to provide the necessary security measures that we face in today’s time. The best solution for solving the problems we are facing is for the county build a New Justice Center, which would house both jail and courtrooms as well as other related offices.

The Rhea County Courthouse was made famous in 1925 for the Scopes Trial. The facility was placed on the National Registrar of Historic Places in 1972. In 1976, it was designated as a National Historic Landmark by the National Park Service.

During the past year, the Historical Society has had many discussions on what the fate of the landmark should be if the new justice center becomes a reality.

State Representative Ron Travis and his wife Laura spoke during Sunday’s meeting. Rep. Travis reported that he had formally requested $200,000 in this years state budget to fund a new replacement roof for the Courthouse, which currently still has its original roof. Travis says no decision has been made yet on the funds but he is feeling optimistic that they will be approved.

Representing Rhea County at the meeting were County Executive George Thacker, Commissioner Harold Fisher, and Commissioner Emmaly Fisher. Both commissioners spoke briefly and reaffirmed their commitment to do everything they could to assist the Historical Society in preserving this great landmark. Thacker reported that he has applied for a “Historic Preservation Fund Grant” to assist with cost associated with needed courthouse repairs.

The main guest speaker was Dr. Van West, Tennessee State Historian and MTSU Professor of Historic Preservation. Dr. West spoke on the National significance the Courthouse Landmark has as well a local one. It is important to protect the asset and its needs. There is great potential here and this is a great anchor for both Main Street and the Chamber of Commerce.

Dr. West has agreed to provide ongoing assistance to the Historical Society and to the local and state officials in developing a plan for the courthouse future.

Former Dayton resident, Vic Aviles, from Anderson, South Carolina, who owns and operates Dead Horse Productions offered his services in creating any necessary promotional videos that would benefit the project.

While much of the meeting centered around the historical importance of preserving the courthouse, there were a few suggestions from the floor on some possible uses of the facility once it’s vacated by the county. One suggestion was asking that the facility be made available to the Tennessee Valley Theater, The Cumberland County Playhouse, as well as any other theatrical organizations for the use of performing plays and other  programs.

Jacob Ellis the current Secretary for the Historical Society made the most historical related suggestion. Ellis stressed that a County Archives should be established within the landmark. Rhea County is one of the very few counties in the state that does not have an official archives. What this would allow is for the county to have one central location for all the historical records and documentation relating to the county, its citizens, and historical events. It would give residents, as well as visitors, a  place to research their families genealogy and search for other historical records.

County Historian Pat Guffey echoed Ellis suggestion, stating that this was a very important aspect to consider. “Having a county archives gives a place for those who want to donate their families genealogy. I get requests all the time from people who want to donate their historical information to a place where it will be safe and preserved. I think this would be a very important move for the courthouse”, said Guffey.

In other business, the Historical Society voted in new officers for the 2017 year. Outgoing Vice President Bob Simpson thanked everyone for attending the meeting and invited anyone that would be interested to please come and join the society. The Rhea County Historical Society meets every other month, on the third Sunday of the month. The next meeting will be held in March.