Evensville, TN —  Nineteen Rhea Middle eighth grader cheer and basketball players were recognized in-between Rhea County High School games on Friday night.  Representative of the girls’ and guys’ basketball teams as well as cheer squad and family members had an opportunity to be presented on the gym floor where many of them will be playing and cheering.  There was a little bit of a wrinkle this year as game cancellations created a missed opportunity to have eighth grade night at Rhea Middle School.  But judging from the response, this was an acceptable alternative.  Also on hand were the three coaches who guided the squads through the season.  First year coach Justin Sorrell for the boys and first year coach Whitney Thompson for the girls and Christina Corvin McPherson, coach for the cheer squad. 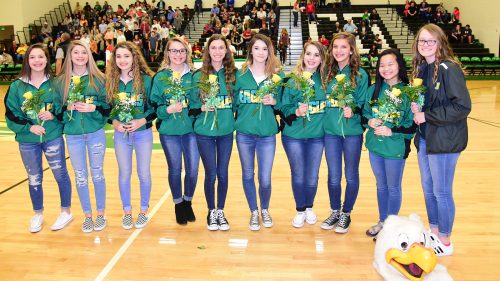 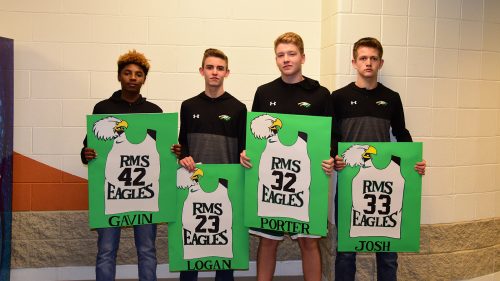 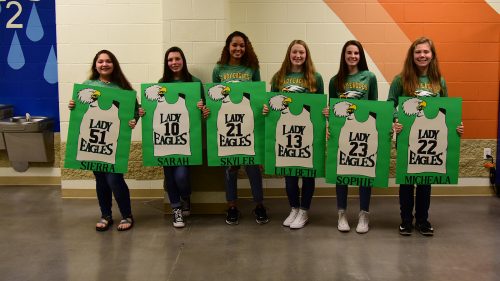