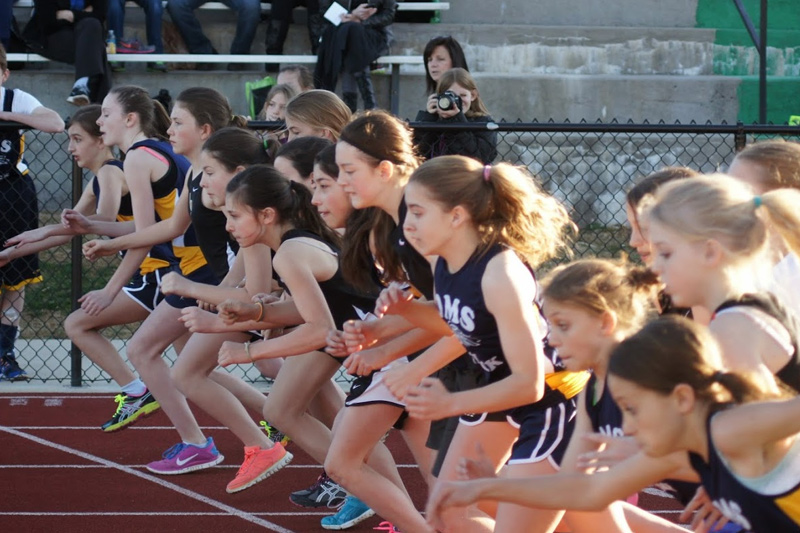 And they’re off!! Rhea Middle girls off to the races. (photo: Gary Bolden)

In Boys actions it was Ocoee Middle School narrowly edging out Lake Forest for the win with 56 points to 52 for Lake Forrest.  Rhea Middle School finished with 18 points for a third place finish.  There were a total of 12 events for both Boys and Ladies action.

In girls actions it was Caitlyn Blevins with the close win over her teammate Lena Miller by a fraction of a second in the Girls 100 Meter hurdles.  Bayleighann Phipps won the high jump.  Rhea Middle finished 1-2-3 in the long jump with a 1-3 finish of Micah Black, Sarah Welch and Selena Crespo.

In the 200 meter dash it was Sarah Welch, Alyson Sekura and Sophia Dieckhaus claiming the first three spots in this race.  Micah Black was the winner of the 400 meter dash and finished third in the shot put.

Rhea Middle School unofficially had 24 girls and 20 boys score points in the meet.