Evensville, TN — The Rhea Middle School teams both won in the Rhea Middle Early Bird Tournament on Tuesday night.  The Boys’ team won 39-29 and the Girls’ team won 48-2.   The Eagles had lost a very close game on Monday night by 34-32.  The Girls’ team lost on Monday to Cleveland.  The Lady Eagles will in back in action on Thursday night at 5:30 against Ocoee Middle School.  There will be Championship Bracket games on Saturday based on results from the pool play during the week.  Those games begin at 9 am and continue to the last scheduled start at 4:00 pm.

In the Boys game on Monday, they began very well for the Eagles as they scored the first 12 points of the game and came within a few seconds of pitching a shutout for the first quarter but Cleveland hit a late three to put the first quarter score at 12-3.  In the second quarter Cleveland made a run to cut the 12 point lead down to 6 at 20-14 with their 11-8 advantage for the quarter.

The Eagles received very balanced scoring in this game.  Kannon Oggs scored 11 to lead but Davin Lytle was close behind with 9 and Dylan Palmerino and Brandon Leal each added 8 points for the game.  Also contributing was Carter White with 3 points.  Head Coach for the Eagles is Lebron Herd.

The Lady Eagles had a tremendous game against Chilhowee Middle School with a 48-2 win.  Mallory Hampton tallied 11 points to lead the Lady Eagles. Haley Cameron had 10, Jace Stone 8 and Macy Welch and Mariah Martin had 6 each.  Zyon Smith had 4, Sydney Jenkins  3 and Maddie Smith had 2 points to round out the scoring.  Head Coach for the Lady Eagles is Tony Williams. 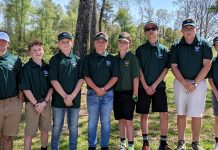 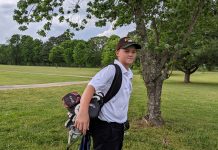 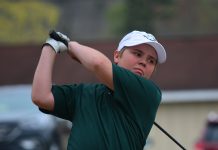