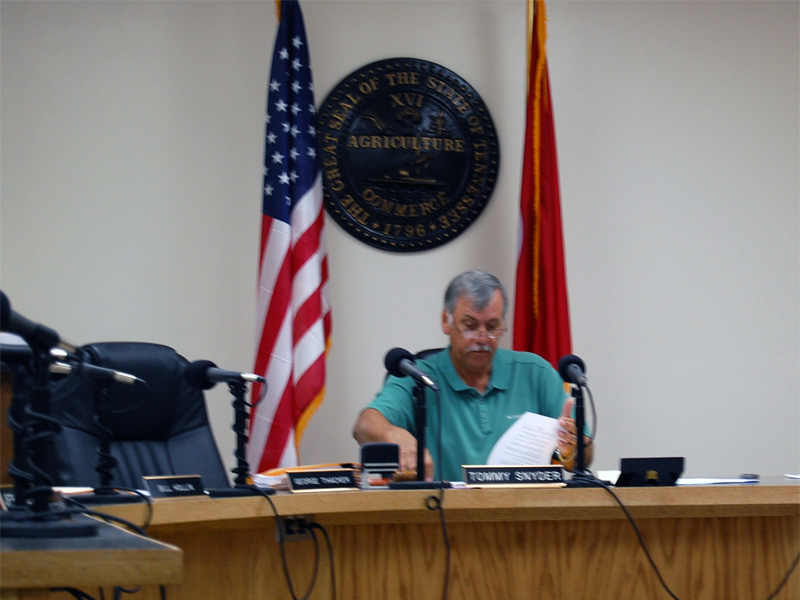 October 2nd, 2013
Chairman Tommy Snyder began the weekly meeting by accepting bids for the construction of a bridge replacement on Toestring Valley Road where it crosses over Muddy Creek. There were 7 bids from various construction companies ranging from $426k to $536k. The bids were accepted and sent to Kyle Hazel a project engineer to be reviewed. Three bids were also submitted to the county for a 19 seat school bus.

The school bus bids ranged from $69k to nearly $78k and are to be reviewed by Ronnie Holloway, Rhea Central Maintenance Manager. The committee carried out it’s normal duties by reviewing several small purchase orders.

The committee took another step towards choosing a new Rhea County Finance director to fill the vacancy left by former director, Bill Graham – who retired earlier this year. All applications for the position were officially opened and recorded last week. Copies of all resumes were made and given to each member of the Rhea Finance Committee. All members were asked to review each resume and choose the best 5 before next week’s meeting.