Evensville —  Rhea County Soccer had bitter-sweet night on the field on Thursday night.  After the game, eight different Eagles and head coach Justin Smith received awards for their fantastic regular season.  On the field, the Eagles dropped a heartbreaker to Cookeville 1-0 when the Cavaliers Tyson Williams found Reed Buckner for the winning goal with around four minutes left until half.

The game was one in which the Eagles never got going offensively and Cookeville looking like a team that did not want to lose three times to the Eagles in a season.  Throw in an injury to goal keep Payne Morgan for significant portion of the game and you have the resulting 1-0 loss that will send the Eagles on the road for the Region 3-AAA opener on Tuesday night against Cleveland at 7 pm.  Rhea County owns a win over Cleveland back on March 23rd by 3-2 score.

DISTRICT 6 ROOKIE OF THE YEAR- FROM WARREN COUNTY, SAWYER THOMPSON

DISTRICT 6 COACH OF THE YEAR- FROM RHEA COUNTY, JUSTIN SMITH 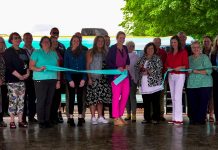 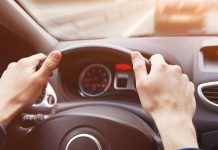