Rev. Fletcher N. Cross, 93, died Saturday, June 25, 2016 at Erlanger Medical Center in Chattanooga, TN.
Born in Delight, Arkansas, Fletcher was the son of the late Arthur and Isabelle Powell Cross.
He was a veteran of the U. S. Army and member of the American Legion Post 203 in Spring City. 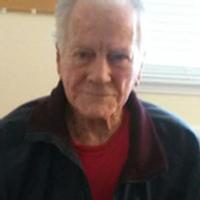 Fletcher and his wife Betty moved to Spring City in 1980 where he and his son Donald owned and operated Cross & Son Heating and Air Conditioning for many years. He also served as a minister in several churches.  Fletcher was a member of the Spring City Church of God.

Funeral services will be held Tuesday, June 28, 2016 at 7:00 pm in the chapel of Vaughn Funeral Home with Rev. Clifford Waters and the Rev. Andy Thompson officiating.  The family will receive friends Tuesday from 5:00 to 7:00 pm at the funeral home. Interment will be Wednesday, June 29, 2016 at 10:00 am in the Spring City Memorial Gardens.  Please share memories and condolences of Fletcher with the family on our website at www.vaughn-funeral-home.com.   Vaughn Funeral Home, Spring City is in charge of arrangements.