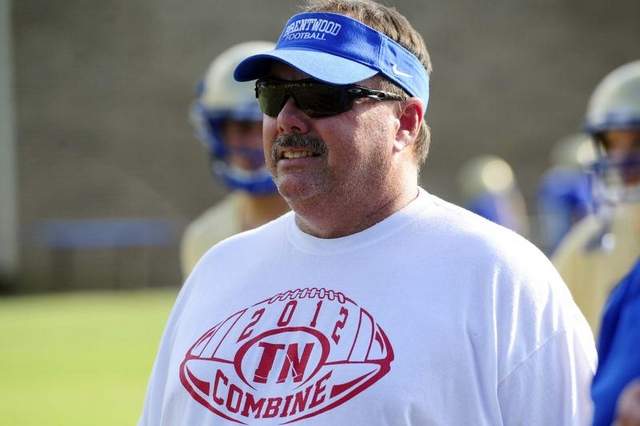 According to the Tennessean, Mark Pemberton, Brentwood Head Coach, has accepted the Rhea County head coaching position.  Pemberton makes the move after leading Brentwood to an 11-2 finish and a berth in the Class 6A quarterfinals last fall.

No doubt this is welcome news for Golden Eagle fans.   It has been a tough run as late.  The last two years have yielded only 3 wins.  The Eagles have suffered a combined record of 3-17 over the last two years under former head Coach Doug Greene.  Greene left RCHS earlier this year when he announced that he accepted the head coaching job at Ooltewah High School.

It marks the fourth job Pemberton has held since going 15-0 and winning the 2008 Class 3A championship at Knoxville Catholic. Pemberton spent a season at West Laurens High School in Dublin, Ga., and two years at Macon County.

Pemberton, who spent seven seasons at Knoxville Catholic, began his head coaching career at Lakeview-Fort Oglethorpe in Georgia and has a career mark of 163-69.

“He’s a great football coach, and that’s why we hired him,” Rhea County athletics director Micah Ruehling said. “Our program, to get headed in the right direction, needs good, solid leadership, and we feel he provides that for us.”