The Rhea County High School Theatre classes will be performing their fall production of The Secret Case of Sherlock Holmes directed by Bailey Hufstetler. another performance The opening performance will be Thursday the 19 at 7:00 PM followed by a performance on Saturday, November 21st at 7:00 PM. 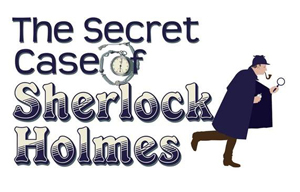 Tickets are $2 for students, $5 for adults, and children four and under are free.

Synopsis: It’s the year 1886, and the brilliant scientist, H.G. Wells (played by Nate Moore), has successfully invented the time machine! Soon after detective Sherlock Holmes (Brandon Osterbur) and Dr.Watson (Zach Moorman) are whisked into the 21st century, they find themselves in a mental ward.

Here they meet the “insane” patients such as: Marilyn Monroe, Tarzan, George Washington, and Count Dracula.

Will the “world’s greatest detective” be able to solve the arising murder mystery? Will the sleuthing pair ever make it back to the 19th century? Find out in The Secret Case of Sherlock Holmes!