Obedience is one of the things that those of us who have a position of supervision, expect to see in those under our care. It doesn’t matter if we are a parent, teacher, coach, or employer, we like to see those under our watch do, and follow through, on what we asked them to do. I am reminded of a line in the Ron Hamilton children’s song “OBEDIENCE”. It goes like this. “Action is the key, do it immediately, joy you will receive. Obedience is the very best way to show that you believe.” We all would agree that it is a great thing for young people, but what about us as adults?

Often, as leaders, we also struggle with fully obeying (especially when we don’t understand). We sometimes forget that God hands out great blessings to those who obey His Word and His commandments. In Ecclesiastes 12:12 it instructs us to fear God and keep His commandments. That means we all need to simply obey God’s Word and His principles even though the blessings are not evident right at the moment.
We may never know the blessings God has for us if we tire of obeying His word and His principles. We can all think of many individuals who became lax in their Christian walk and got away from doing the right thing. Later on, if they had stayed the course, God had great things in store for them.

Joshua, chapter 7 tells of Achan, who took of the spoil of the battle of Jericho, in disobedience to what God had said. It seemed good to him at the time, but his disobedience cost him, and his family, their lives. In the very next battle at Ai, God instructed the men to take whatever they wanted with them. Just think if Achan would have obeyed one more time. He would have taken more spoil than he probably did in his disobedience. On top of that his life and his family’s life would have been saved.

In II Kings chapter 5, Naaman the leper, was instructed by Elisha to dip in the Jordan seven times and his leprosy would be healed. Naaman didn’t understand why he couldn’t go to a cleaner river, but he went ahead to the Jordan and was healed. I bet he was glad that he didn’t dip six times, get frustrated and walk out of the water! God had blessings waiting for him, if he just would obey!

That’s the way it is with us. How many times have we walked away from doing what God has wanted us to do and missed out on great blessings that He had in store for us. That is why we must be faithful to the Lord in all we do as leaders. Just remember, those under our supervision are watching us and will note every time we fall short of obeying those over us. We must never grow weary and always “obey one more time.” We never want to miss out on what God has for us down the road! 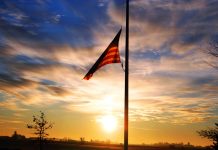 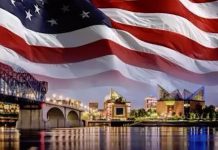 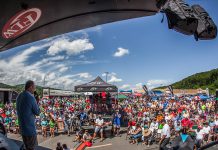