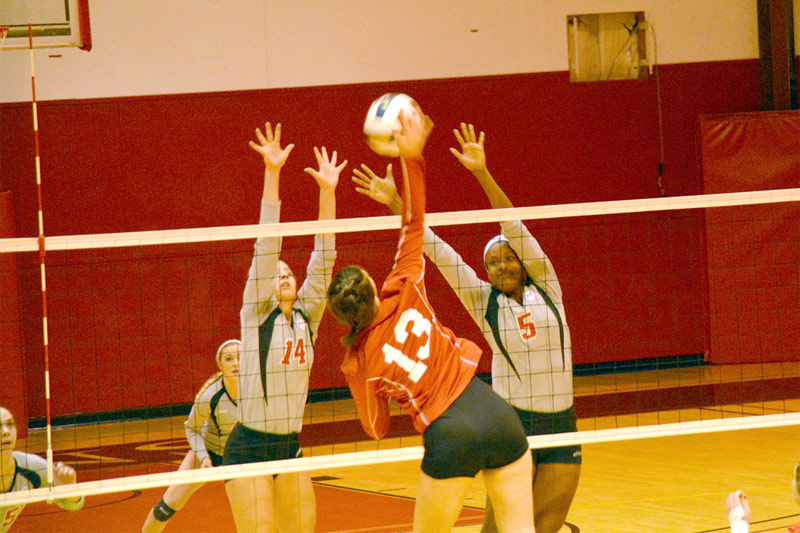 This was the first time Bryan College hosted the NAIA Volleyball National Championship. The stands were packed for this event. The fans really made some noise giving the Lady Lions a boost.  Bryan played three close games but lost to Indiana Wesleyan Team on Saturday afternoon up on the hill.

The first match was close all the way with neither team leading by much. From a 21-21 tie the Wildcats of Indiana Wesleyan outscored Bryan 4-1 to take game 1. In the second game the Wildcats got their biggest lead at 17-13 but Bryan fought back to a 17-17 tie. Eventually Wesleyan won a couple of close points to win 25-22.

The last game of the day was one Bryan struggled to keep pace as the Wildcats had leads of 8-5, 14-9 and 17-13 but Bryan continued to battle but could not close the gap closer than 25-21. Bryans final serve sailed long and so ended their great year.

Carolyn Evans had 10 kills and Freshman Kara Stamper added 9 stills for Bryan. Bryan Coach David Shumaker had to be pleased with the effort by his team. Setter Taylor Fink recorded 37 assists for the 3 games. Several Bryan Ladies had double digit digs with Corrie Walker (10), Taylor Fink(11) and Rebecca Stroup (Adams) (10).

The Lions team finished the year with a 33-4 overall record and this was their first home loss of the year. They also finished 19-1 in the Applachian Athletic Conference. So ends a successful season that began back in late August.