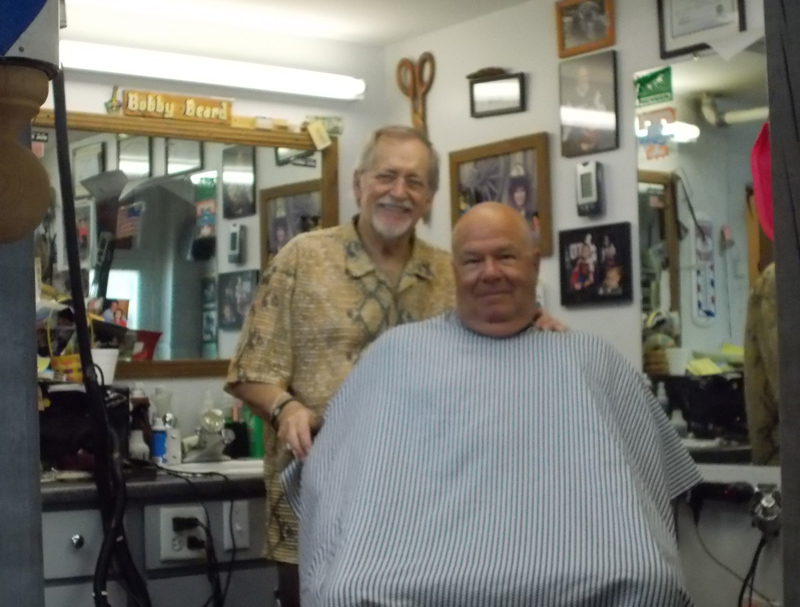 Bobby Beard and the Eagles’ Nest Barber Shop have been a fixture in Downtown Dayton for 44 years.  Bobby proudly served this country in the US Army and later performed in over 9 countries with the USO.

Bobby played lead guitar in a local band called the Fables who put their show on the road in the early 70’s.  The Fable’s toured all over this country and even Canada with their unique brand of country music.   Below is a YouTube video of the band performing on the “To Tell the Truth Show”, in New York, in 1974.  Bobby has also been honored to play at the Grand Ole’ Opry – both locations, the old and new.

After leaving the military, Bobby went to barber school where he learned his trade.  The Eagles’ Nest was began with 3 barbers.   So if you want to learn more about Rhea County’s musical heritage, stop in and see Bobby at the Eagles’ Nest.  I challenge you to not only find a barber shop with as much tradition, but also, one where you can get a great haircut for $5.