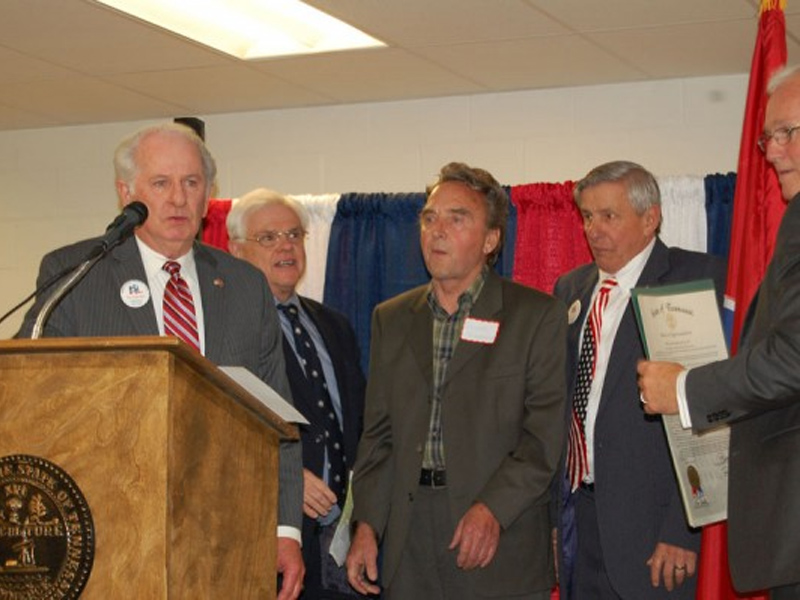 TN State Senator Ken Yager guided the evening as the Master of Ceromonies. Republicans from Rhea County and the surrounding areas enjoyed a great dinner by Evelyn Hawkins of Evelyn’s Catering. After dinner, Don Mathis, a member of the TN State Veterans House Board, honored the veterans whose sacrifice made events like this possible.  The crowd received a real treat when Rhea County Executive George Thacker, threw down a rendition of ‘Rocky Top’ with his bluegrass harmonica.

Rhea County Republican Party Chairman Ken Coppinger was honored to introduce key-note speaker Beth Harwell, who currently serves as Speaker of the TN House of Representatives. She is the first female Speaker in Tennessee and the entire Southeast. Harwell represents State House District 56 in Nashville.

Mrs. Harwell delivered an energizing speech stating that the biggest thing at stake for our country is liberty. Quoting Ronald Reagan, Harwell says, “As sure as a laws of physics, when government expands, liberty contracts.”

Harwell goes on to say that as Republicans, there are three principles that are our guiding light:

Harwell finishes her speech promoting limited government stating, “When those that are governed do too little, those that govern, can and will do too much.  Harwell encourages other TN State Representatives to not think of new laws, but to think of unnecessary laws to come off the books.

US Congressman Scott DesJarlais, 4th District, a featured speaker of the event, reported to attendees that his major concern was to repeal Obamacare.  DesJarlais says Obamacare was an ill-conceived plan that takes over $700 billion from seniors and will fall under it’s own weight.  Our congressman went on to say that the current administration is not focusing on the areas it needs to be focusing.  He says that while pell grants for college are at an all-time high, young adult work-force participation is at an all-time low.  DesJarlais assures attendees that he will not a let a knee-jerk reaction to a recent tragedy take away citizens rights to freely bear arms.  He goes on to say that he will continue to stand up to Obama’s agenda for the next 3 years.

To finish the night, Carroll Henderson was awarded the “Elmer Hinds Republican of the Year Award”.  When asked about this year’s winner, Rhea County Republican Party Chairman Ken Coppinger said,

Carroll Henderson has been a life-long Republican, and I don’t know anyone more deserving of the honor.

When asked if he was pleased with the event, Chairman Coppinger says,

We are proud to have had the first female Speaker of  TN House as our keynote speaker and also honored to have our US Congressman Dr. Scott DesJarlais at the event.  The event was a great success – great program, great speakers, and great food.

You can stay up to date with the Rhea County Republican Party by visiting their website – RheaGOP.org