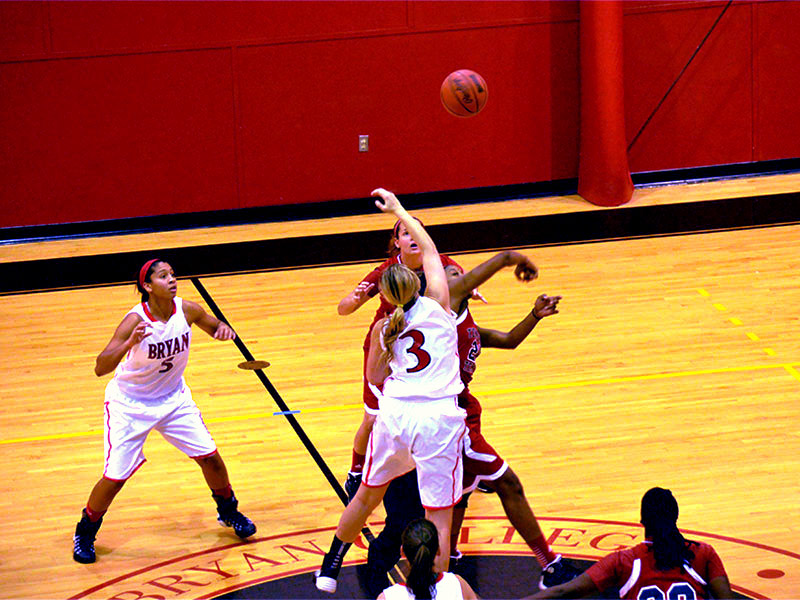 I was really please with the defensive effort, good play off the bench, and freshman contributed well.

The Bryan College Lady Lions began the 2013-14 season at home against the Tennessee Temple Lady Crusaders on Monday night with a 57-39 win. The Lady Lions slowly built up the lead and at halftime they lead 31 to 18. In the second half Bryan took a 43-32 lead up to 51-32 to take a commanding 19 point lead and Temple never could close the gap as the final margin was 57-39.

Bryan shot 30.8% from the floor against a 25% shooting percentage for Tennessee Temple and won the rebounding battle 50-46. The Lady Lions defense accounted for 10 steals and forced 18 turnovers.

The Lady Lions play on Friday at home against Marian University with a 5:30 pm tipoff.