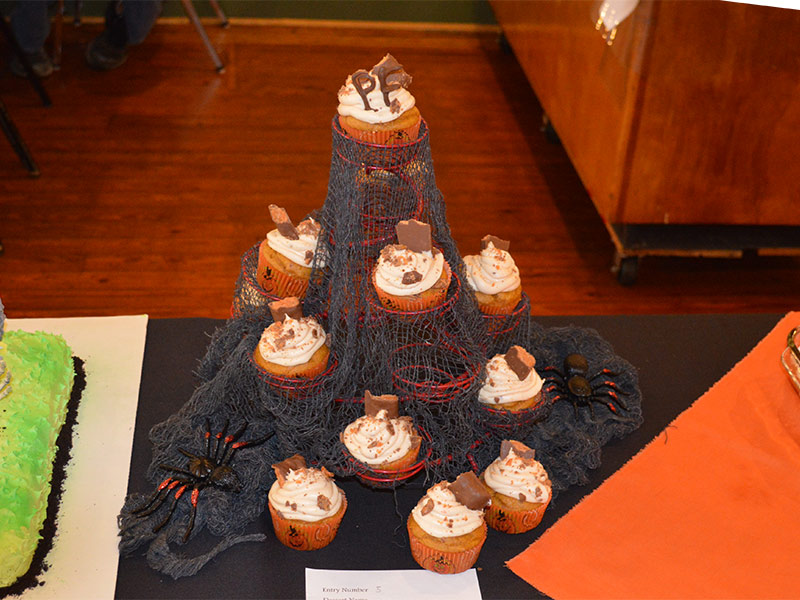 Main Street Dayton began Pumpkinfest this week with a Pie Baking contest on Wednesday held at Pooh’s Place in downtown Dayton. The Bake-Off was sponsored by FB Bank, with a prizes for first, second and third place. The voting by the 3 judges was close and the first place finisher was Jennifer Louallen with Butterfinger Pumpkin Cupcakes. In second place with Pumpkin Poke Cake was Alex Brown and the third place finisher was Donna Belcher with her Resurrection Pumpkin Caramel Cake. Medallions were give out for prizes as well as cash prizes of $100, $50 and $20 for the first, second and third place finishers. Lending their culinary talents as Judges were Ruel Barnett, Bernie Rubin and Richard Daugherty. Haley Stone and several First Bank co-workers provided support for the Baking competition.