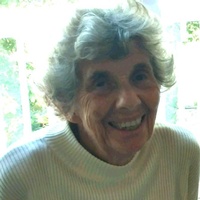 Born in Pittsburgh, Pennsylvania, Janet was the daughter of the late George W. and Janet Johnson Strachan.    She helped her husband, Harold, operate his business in Pennsylvania before moving to the Spring City community in 2000.  Janet was a member of the New Beginnings Churchin Spring City.

She was preceded in death by her daughter Janet Jones and brother Donald Strachan.

The family will receive friends Friday, February 1, 2019 from 3:00 pm to 5:00 pm at Vaughn Funeral Home.  Funeral services will be held on Friday, February 8, 2019 at 11 am in the chapel of Brusco-Napier Funeral Services in Pittsburgh, Pennsylvania with Rev. Dennis Molnar officiating.  Interment will be in the National Cemetery of the Alleghenies in Pittsburgh.  The family will receive friends Thursday, February 7, 2019 from 2:00 pm to 4:00 pm and from 6:00 pm to 8:00 pm at Brusco-Napier Funeral Services.