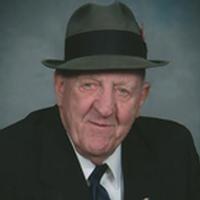 James Dean Cunningham, 84, went home to be with the Lord on Monday July 4, 2016 at Victorian Square Assisted Living, Rockwood, TN after a long battle with Alzheimer’s disease and cancer.

Dean was born October 17, 1931 in Spring City to the late John and Lora Asher Cunningham. He grew up in the St. Clair community and was a graduate of Spring City High School.

Dean served his country during the Korean Conflict in the U. S. Navy as an airplane structural mechanic aboard the aircraft carrier U.S.S. Wasp.  After the war, his father taught him to build houses and he went on to build many of the homes and a couple of churches in Spring City.

Dean was ordained a Baptist deacon in 1963 and loved worshipping the Lord.  He was a devoted Christian and a member of the Bogles Chapel Baptist Church.

Dean was always willing to lend a helping hand to anyone in need. He was a member of the Rhea Spring Springs Lodge #310 F. & A.M. #310, Knights Templar Drummond Council #86 and the Plateau Commandery #38.


Dean was preceded in death by his brother J.B. Cunningham.


The family will receive friends Thursday July 7, 2016 from noon to 2 p.m. at Vaughn Funeral Home, Spring City.  Funeral services will follow in the chapel at 2 p.m.  A masonic service will follow in the chapel.  Interment will be in the Spring City Cemetery.  In lieu of flowers, the family wishes donations to be made to the Bogel’s Chapel Baptist Church, 4304 Old Dixie Hwy, Evensville, TN  37332 or Rhea Springs Lodge #310 F. & A.M., 457 Edwards Lane, Spring City, TN 37381.


Please share your memories of Dean with his family on our website www.vaughn-funeral-home.com. Vaughn Funeral Home, Spring City is in charge of arrangements.