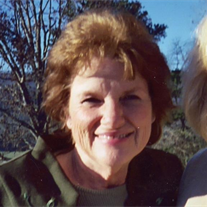 Hester Mae “Sissie” Bunch, age 66 of Dayton passed away Wednesday, October 12, 2016. Hester was born on January 1, 1950 in Dayton to the late Ernest and Sarah (Steele) Rice. Hester is also preceded in death by her daughter, Cynthia Lenore Bunch, her brothers Ray Rice, Johnny Rice, Clifford Rice, as well as her sister, Betty Rice.

Sissie is survived by her son Richard (Ronna) Bunch of Dayton, her daughters, Angie Bunch and Patricia (Mack) Smith, both of Dayton, as well as her brothers Archie Rice of Luminary and Cecil (Virgie) Rice of Sale Creek. She is also survived by her former husband, Roy Bunch, her sisters Deanna Messner of Dayton and Evelyn Newell of Dayton, in addition to her grandchildren, Ashley Smith and Brandi Bunch.

A funeral service for Sissie will be held on Thursday at 6:00pm in the funeral home chapel with Rev. David Hobbs officiating. She will be laid to rest in Rhea Memory Gardens beside her parents.

Please share your memories of Sissie in her online guest register at www.vanderwallfh.com.

The family is being cared for by the Vanderwall Funeral Home where they will receive friends Thursday after 1:00pm.