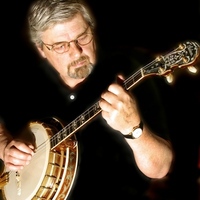 He attended Texas Grove Baptist Church in Evensville, TN. Harry moved to Tennessee from St Paul, Minnesota in 1962 and graduated Red Bank High School and then joined the US Air Force and served in Vietnam after being stationed at Sewart AFB and Yocota AFB in Japan. Harry met Sharon in December of 1963 and the have been married for 53 years. He worked for TVA for 26 years at Allen Steam Plant in Memphis, Sequoyah in Hixson and Watts Bar in Spring City. After his first retirement, he worked at the Audrey Pack Memorial Library in Spring City for four years.

Harry was a talented artist and accomplished musician. He played several instruments, but his favorite was the banjo. He was also a supporter of Tennessee Valley Theater and performed in several productions. He enjoyed reading, music, engineering challenges, automobiles and all things Elvis. Harry loved his children and grandchildren dearly; showing his generosity and support to all in many ways.

Thoughts and well-wishes will be read and cherished by the family; please feel free to leave them on the Vaughn’s Funeral Home website: https://www.vaughn-funeral-home.com/

There will be a private memorial service for the family at a later date.

Vaughn Funeral Home, Spring City is in charge of the arrangements.