There’s a lot of unsettled business from the last round of Great South Championship Wrestling.  Despite the fact of successfully defending his Heavyweight Title, Rocky Top Rocker was hoodwinked by the Night Prowler who disappeared after the match with the championship belt.

Demanding justice, Rocky Top Rocker has challenged Night Prowler to a “Tennessee Street Fighting Match” to be held this Saturday at the National Guard Armory in Dayton, TN.  It appears Rocky Top has taken this act of larceny personal.

You don’t cross the Boss, son. What you did tonight… you’re gonna pay for.

Last month’s Main Event had it’s share of controversy as well.  GSCW Owner Tate Fugate and his partner Jeff Bowman was betrayed by once friend and ally JT Justice.  Justice fell out of the pair’s good graces early on in the evening.  The duo felt betrayed seeing Justice accompany Platinum and Robbie Lee Jordan against against them in the Main Event.

The betrayal was solidified when Justice blindsided Bowman giving Platinum and Robbie Lee Jordan the win.

A furious Tate Fugate said, “I want you next month.  You don’t cross the boss, son.  What you did tonight… you’re gonna pay for.”

GSCW Commissioner Terry Styles McClendon agreed to give Tate and Bowman a chance to redeem themselves this coming Saturday — With one condition.  The match will be a “Handicap Match” with Tate Fugate and Jeff Bowman against Platinum, Robbie Lee Jordon and JT Justice.

Satisfied that JT Justice isn’t worthy to share the ring with him, Bowman has refused to partake in the match.  However, Terry Styles “the Commish” McClendon assures fans that Bowman will be in the match as he remains under contract with Great South Championship Wrestling. 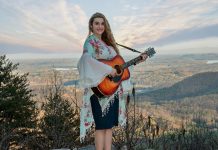 “Singing at the Depot” to feature Sarah Tipton 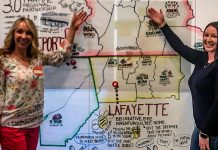 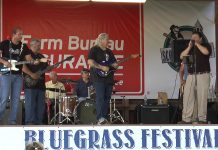