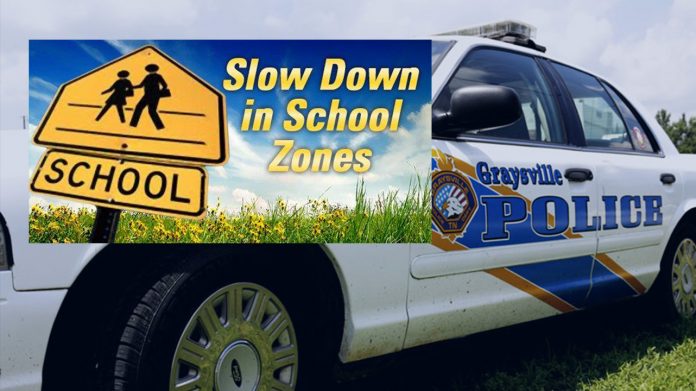 Motorist should be forewarned, the City of Graysville Police Department is on high alert for excessive speeders on the streets. Excessive speeding in school zones and four-wheelers on city streets topped the Graysville Commission’s October meeting.

Citizens came before the commission to voice their concerns about drivers recently seen in school zones operating their vehicle above the posted safety limits during school hours. Graysville Mayor Jimmy Massengill assured the citizens that the police department would look into the matter. “Our children are precious”, stated Mayor Massengill and something will be done to assure their safety.

Graysville Police Chief Julie Tanksley reassured the audience and commission that her department had been enforcing any violations they observed, and that they would step up patrol in school zones.

In another related matter, Graysville Commissioner David Sulcer reported that he had received complaints from citizens concerning four-wheelers which are still traveling up and down some city streets, which is a violation of a City Ordinance that prohibits four-wheelers from operating on city streets.

In an interview following the commission meeting, Graysville Police Chief Julie Tanksley stated that drivers who disobey the posted speed limits in Graysville and especially in the school zones should consider this their only warning. Her department would issue citations to those who not only violate the posted speed but continue to operate four wheelers on the streets.