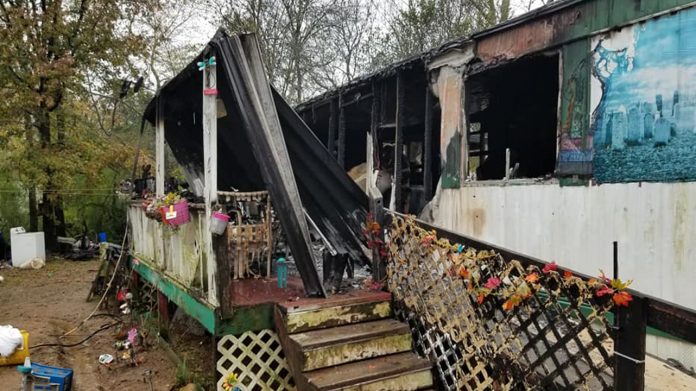 A Graysville family is seeking help after they lost everything in a Friday Morning house fire.

A “Go Fund Me Page” has been set up to assist a Graysville family that lost their home, and all of their belongings in a fire that broke out Friday morning around 8:30am on Burnette Street.

The City of Graysville Fire Department responded. The first arriving  firefighters on scene, reported that the flames had engulfed the entire home.

Firefighters deployed two, hand lines, making a defensive exterior attack, until they could eventually enter the home and extinguish the flames. Despite firefighters’ efforts the home was a total loss.

The family is being assisted, by the American Red Cross, as well as the “Go Fund Me Page” that was set up. The family has two children ages 6 and 2.

Any and all money raised, will  go towards  them for things they need, as well as  help with a deposit to get into a new home

If you would like to assist this family their “Go Fund Me Page´link is here.

UPDATE: Rhea Co Dept of Ed Transitional Program’s Coordinator met the mom at Wal-Mart Friday afternoon,11/9 , to purchase clothing and food. Arrangements were also made for the family to move into Safe Haven Light once the Red Cross coverage for housing expired which is tomorrow.

The McKinney-Vento Federal Program Grant is for school systems & is a grant through the state dept of Ed which Rhea County applied for & received grant funds.