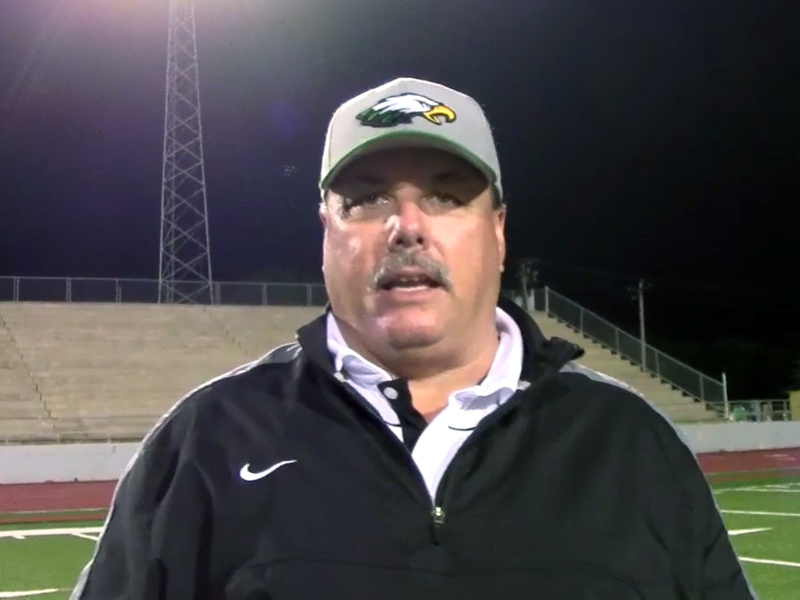 Rhea County beat the Red Raiders from Coffee County, 55-20, in their season opener at “Bill Horton Field”. The Eagles got off to a great start by scoring 28 points in the first quarter and never looked back. The Golden Eagles amassed 436 total yards on offense with the majority coming on the ground. Coach Pemberton’s Wing-T offense was effective as Rhea County finished the game with 381 yards rushing.

Coach Pemberton understands the importance of having a great offensive line, and they got the job done this week. Golden Eagle senior, Demitrius Patterson #6, had a huge night with 179 yards rushing and 2 touchdowns. Jacob York #5, a RCHS junior, was the second back to pass the century mark with 108 yards rushing and 3 touchdowns. Senior Joby Berry #5, had a strong night as well with 75 yards on the ground and one touchdown. Austin Dotson #9, senior QB, completed 4 of 7 passes for a total of 55 – averaging 14 yards each. Rhea County freshman, Cody Bice #21, gained 13 yards for a touchdown – proving the Eagles have a bright future. The Rhea County Defense kept the Red Raiders on their heels for most of the game. Defensive stand-out, Zach Daoust, junior linebacker for Rhea County, tallied 10 tackles for the night. It was clearly a great effort by the entire team and a good start in the new Class AAA, District-6.