On Tuesday, May 15, seven arrests were made with methamphetamine, a variety of pills, marijuana, a stolen handgun, and over $7,000 in cash found at the scene of a controlled raid by the Rhea County Sheriff’s Department in south Dayton. 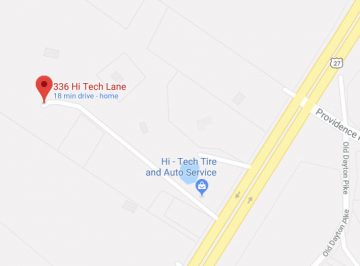 Rhea County Narcotics Investigator Charlie Jenkins received a tip stating Danny McDaniel (33), who had warrants out of Soddy Daisy, was seen at 336 Hi Tech Lane off Hwy 27 in south Dayton.

McDaniel had just been listed on the Hamilton County Sheriff’s Department website as a wanted suspect on charges of evading arrest after crashing into a Soddy Daisy Police vehicle before escaping on foot in an incident on May 3.

Jenkins was familiar with McDaniel was currently out on a $100,000 bond from a Rhea County arrest.  He was charged with possessing over 84 grams of meth on May 23, 2017.

After receiving the tip, Jenkins drove through the area and saw McDaniel at the residence.  Jenkins came back to the Sheriff’s Office and put a plan together which involved putting officers in the woods to secure any escape routes.

When Jenkins arrived at the residence he could smell a strong odor of marijuana, and upon entering observed a smoke cloud believed to be from marijuana.

With several people inside, Jenkins states he asked where Danny McDaniel was and Cody Murr, the renter of the residence, looked in the direction of the bedroom.  Jenkins found McDaniel hiding in the closet and after refusing to come out, he was pulled out by officers and after a struggle, he was cuffed and arrested.

A bag of a crystal substance believed to be meth was found on McDaniel’s person.  Cody Murr signed a consent to search and officers found a litany of drugs, over $7,232 in cash, a stolen handgun, and an assortment of drug paraphernalia.

The stolen handgun found in a backpack was a Ruger LCR .357 magnum pistol reported stolen by the Bay County Sheriff’s Office in Panama City, FL.  The cash and ammo was found in the bathroom, and there was a gallon zip bag with clear bags of a crystal substance and a clear bag of yellow pills floating in the toilet.

“It’s not slowing down any,” says Jenkins who works on the front line of Rhea County’s battle against drugs.

“Every time we knock one out, we look over our shoulders and there’s another one that’s  replaced them.”