We’re just one week away from the start of college football and 10 days from Tennessee’s opener against Utah State.

Be sure to stop by RockyTopInsider.com for daily updates on the Vols, but in the meantime, here are five major storylines to follow as UT’s season is close to unfolding:

Justin Worley will be the starter in the opener against Utah State. That isn’t in doubt. But can he hold that spot for the entire season? The jury will certainly be out on that. The senior quarterback was pulled after three games last season, but quickly had to jump back in after Nathan Peterman was injured and ineffective at Florida in 2013. If Tennessee were to go into its game against Chattanooga on Oct. 11 with a record of something like 2-3 or 1-4, would the coaches want to give Peterman or perhaps freshman Joshua Dobbs a shot to reignite the team? It’s something to keep a close eye on.

2. The development of young talent

Despite all the acclaim of the 2014 signing class, there probably will only be two or three true freshmen who start the season opener. A lot of them are running with the second team right now, however, and as they get a better grasp of the game, it’ll be interesting to see how many them work their way up to more significant roles. Linebacker Dillon Bates, safety Todd Kelly and defensive end Derek Barnett are three players to watch in that regard.

3. The return of Lane Kiffin

It seemed inevitable that Tennessee would again cross paths with Lane Kiffin, who left the team for a job at Southern California after just one year with the Vols back in early 2010. It’s happening sooner than many thought. Kiffin will return to Knoxville on Oct. 25 as the offensive coordinator for rival Alabama – perhaps spurring a double dose of hate for some Tennessee fans. Though pretty unrealistic, upsetting the Tide would be an all-time great victory for the Vols.

4. Rebuilding in the trenches

Tennessee is the only program in the nation replacing every single lineman on its team on both sides of the ball. That’s a massive task for coach Butch Jones. The reviews have been mixed in practice thus far. Veterans such as offensive linemen Mack Crowder and Kyler Kerbyson and defensive linemen Danny O’Brien and Curt Maggitt will need to be a steadying force, while newcomers such as offensive lineman Jashon Robertson and defensive end Derek Barnett will have to step up.

There are going to be some rough patches along the way this season. This team is simply too young and inexperienced to take on the second-best schedule in the nation and hope to come out with a great record. But can they stay the course and keep developing, even if the water gets rough? The last three games – Kentucky, Missouri and Vanderbilt – are all winnable, so if they can get to that stretch with even just three wins, they’ll still have a chance to make the postseason for the first time since 2011. 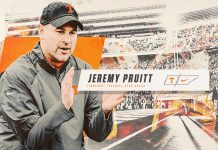 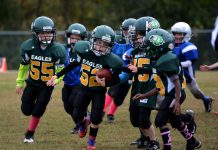 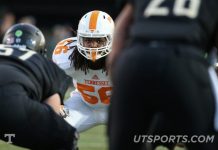