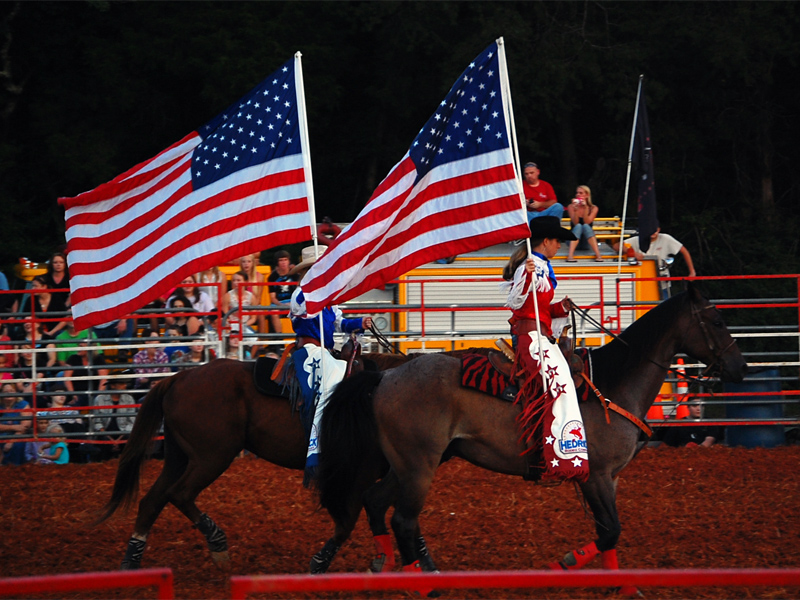 There was a lot of fun and activities for the whole family this year a the Rhea County Fair.  The fair held a wide range of events on August 17, and then from August 22-24th.  There was something for everyone this year, with activities including: 5th annual Fairest of the Fair Pageant, 4H Livestock Shows, 4H Air Rifle Shooting Gallery, Rhea Celebrity Horse Shoe Tournament, Antique Tractor Show and Parade , Lanny Mauldin Chili Cookoff, Old Timers Day, live local music, and the Hedrick Rodeo.

The Rhea County Fairgrounds started out with only a tent for the exhibit and has grown each year says Rhea County Fair President, Harold Fisher.  Fisher is thankful for all the volunteers and support from the community. Fisher states, “This is our 6th year and we have continued to grow each year. My favorite part of the fair is seeing everyone come out and enjoy themselves.” New additions to the property include an additional restroom facility, fair office/ticket booth at the front gate, and a concession stand/announcers booth at the arena.

Saturday was a huge day for Fisher. He not only won the “Lanny Mauldin Chili Cookoff”, but was also victorious in the “Celebrity Horseshoe Tournament”. Fisher claims he was lucky in drawing Circuit Court Clerk, Jamie Holloway, as partner. The duo topped George Thacker and Linda Shaver in the final round for the grand prize of $400 which donated to the Rhea County Fair.

Of course, most of the attention was directed towards the animal shows and agricultural exhibits.  “We’ve had everything, including a livestock show with cattle, a dog show, hand-crank corn sheller, a traditional sawmill, live local entertainment, and antique tractor parade.”, says Rhea County Fair Vice President – Don Massengale.  Don and his wife Karen provided a tour of the winning agricultural exhibits which had been submitted for the numerous competitions.  Mr. Massengale explained that some of the winning exhibits are also submitted to the TN Association of Fairs in order to compete on a state level.   A quilt from last years fair was awarded “Judge’s Choice” for  “Most Outstanding Entry” in the state for 2013.  The quilt was chosen over 461 entries from 36 Tennessee fairs.

Every fifth grader in Rhea County was given a packet of sunflower seeds and encouraged to bring their sunflowers to the fair.

Rhea County gained a new family farm recognized by the Tennessee Century Farm Program.  As owner of a TN Century Farm himself, Massengale says, “It is the seventh farm in Rhea County to receive the honor.” The organization honors and recognizes the dedication and contributions of families who have owned and farmed the same land for at least 100 years.  The honor was awarded to Guy and Zama Denton for their family farm from the TN Dept. of Agriculture.

Among the many attractions, the crowd favorite appeared to be Benjamin, a 2000+ lb. ox.  Barbara Reed says the 14 year old bovine has had a nice weekend.  “He’s been playing with all the kids and letting them pet him.  He likes coming to see the kids.”  When Benjamin is not surrounded by children, “He works, drives, and rides.”

If you didn’t get a chance to see Benjamin, don’t worry.  He will be at “Old McDonald’s Farm“, in Sale Creek, TN, every weekend from September 14th through October 31st.

The rodeo headlined the festivities and was a big attraction for the fair. The Hedrick Rodeo Company out of Madisonville, TN, brought over 130 riders who competed for points in Rhea County over the weekend.

The Rhea County Fair members meet on the second Tuesday of every month at 7pm, at the Rhea County Fair Civic Building. Board members encourage everyone to attend the meetings. The next meeting will be held on September 9th. Please visit their website (rheacountyfair.org) and “Like” their Facebook page to show your support.

The Lawn Mower Race has been rescheduled for this Saturday, August 31st at 3pm.