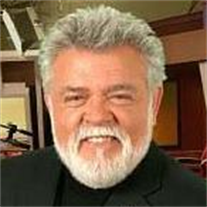 Don enjoyed a 52 year career as a broadcaster in the Chattanooga area working with WTVC News Channel 9 where he was affectionately known as “Grandpappy Welch”. Don also hosted Good Morning Chattanooga for many years and ended his career as host of This N That with Don Welch. He retired from the business he loved on April 23, 2014.

Don loved Chattanooga and was very active in many associations and clubs throughout the area. He was a 32nd Degree Mason and held memberships with the York Rite, the Scottish Rite, and the Alahambra Shrine. He was also active in the Royal Order of Jesters, Court 39, as well as, the Highlander Drum and Pipe Band. Don also served on the board for CADAS, the Hamilton County Beer Board and served as a former board member of Goodwill.

In addition to his parents, Don was also preceded in death by his mother-in-law, Muriel Donna McCoy.

A public gathering to remember and celebrate his life will be held on Friday, October 20, 2017, from 4:00-8:00 pm at Hamilton Funeral Home, Hixson Pike.