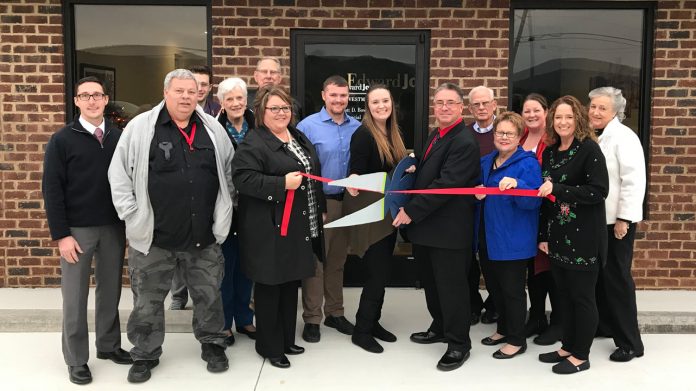 On Thursday, December 6, 2018, a ribbon cutting ceremony was held at the new Edward Jones office located at 7680 Rhea County Hwy. On hand for the open house/ribbon cutting were members of the Dayton Chamber of Commerce as well as representatives of Edward Jones.

Scott D. Bowers, Sr. – Financial Advisor was on hand to welcome everyone who dropped by during the open house. He stated that it’s a great opportunity for him to be working in Edward Jones new Dayton office.

Edward D. Jones is a financial services firm headquartered in Des Peres, Missouri, United States and serves investment clients in the U.S. and Canada, through its branch network of more than 14,000 locations.

Scott D. Bowers stated that he is looking forward to assisting customers with planning on their retirement, investments, children’s educational expenses, as well as other financial related matters.