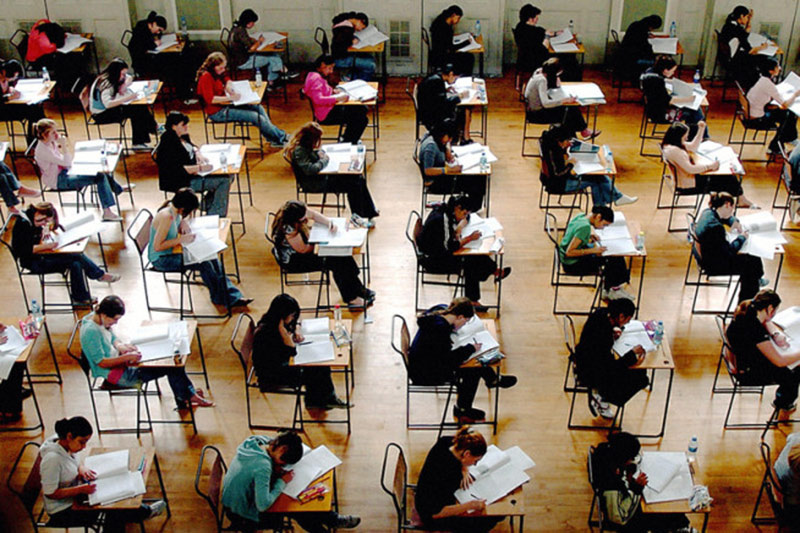 The question on many minds concerning recent Education Reform in TN conversation begins with, “Well, what is Common Core?” The question is simple enough, but with a quick Google search it is easy to see why there is such confusion and controversy. The website CoreStandards.org describes, “The Common Core State Standards Initiative is a state-led effort that established a single set of clear educational standards for kindergarten through 12th grade in English language arts and mathematics that states voluntarily adopt.” As I pointed out previously, the Common Core Standards were voluntarily adopted by the State of Tennessee as a condition of the First to the Top federal funds ($501 million), which is important for Tennesseans to know.

Who is pushing Common Core?

Tennessee teachers and students are no stranger to “standards”, which have been known to change every few years and are tested by TCAP. So, a new set of standards to teach and test come as no surprise, but a few things are different this time around with the adoption of Common Core Standards. First, educational standards have historically been developed within states with teachers and child development experts at the helm. Whereas, the development of CCSS was led by a group called Achieve (of which both Governors Bredesen and Haslam are members), the Council of Chief State School Officers, and the National Governor’s Association. This development was funded by the Bill and Melinda Gates Foundation. The CoreStandards.org FAQ page says that local teachers were involved in the development, but as far as I could find, of the 27 in the group only one was a teacher. The official site also seems adamant to remind us that the federal government did not fund nor develop the Common Core Standards, and that is correct… again it was the Gates Foundation.

Only two signatures were required to seal the deal, that of the Governor (Gov. Phil Bredesen at the time) and the state superintendent of education (which was Tim Webb), and these initiatives have continued impetus under Governor Bill Haslam and Commissioner Kevin Huffman. The voice of teachers was represented by the teachers’ union and local school superintendents, though these votes feel superfluous to many teachers who now must practice the Common Core curriculum and prepare students for the testing but do not feel that their voices are being heard on the matter. Many teachers will affirm that they have been being told for years that “This is coming, whether we like it or not.”

In conjunction with the adoption of the Common Core State Standards comes the Common Core standardized assessment (testing). Here are the brass tacks. The results of these assessments are high-stakes for teachers, and high-stakes result in a test-driven classroom. Right or wrong, this is always the effect because, understandably, people want to keep their jobs. Diane Ravitch is an outspoken critic of CCSS, and one post on her blog features commentary from the superintendent of New York’s Scarsdale School System which sums this up wonderfully. Superintendent Michael McGill states, “The more test-driven the classroom and the higher the stakes of the test, the more: teachers cover everything that might be tested and neglect material that won’t be,

• They’re reluctant to take the time to explain in depth, explore or pursue student interests.
• They focus on test-taking strategies, memorization, drill and practice questions.
• Scores, not real learning, become the main objective of instruction.
• The test evaluates what can be crammed into students’ heads, not deep understanding.”

I, myself, am guilty of these precepts. Now that I am out of the classroom I will admit, I knew how to teach those test-taking strategies, I knew how to get the students to perform on the test, but I know for a fact, focusing on these efforts to obtain higher test scores sacrificed my efforts to be the best teacher that I could possibly be for my students. Good test scores do not essentially equal good teaching. This sentiment is echoed by Dr. Anne Hendershott in a Huffington Post article, where she asserts, “Assessments always drive curriculum. The Secretary of Education knows that — and parents and teachers know that also. When the federal government is developing the assessments the curriculum will of course be created to prepare students to perform well on these assessments. And, local school districts will lose control of the curriculum in their own schools.”

These issues surrounding Tennessee’s adoption and testing of the national Common Core Standards are deep and complex. I urge anyone who is the least bit interested in our schools and students, do your own digging in and talking with others about this. I am not even ‘necessarily’ admonishing the CCSS, but simply encouraging a more informed and open public dialogue on the matter. There are many resources and articles out there right now, which I will list a few for your own examination. My curiosity does pique, though, when ridicule starts to be quickly applied (by U.S. Ed. Secretary Arne Duncan) to anyone daring to question or critique the curriculum. (*article cited below)

Why Young Kids are Stuggling with Common Core Math by Valerie Strauss: http://www.washingtonpost.com/blogs/answer-sheet/wp/2013/11/09/why-young-kids-are-struggling-with-common-core-math/

Thank you so much to those who shared many of these resources and feedback with me after last week’s article. This is a continuous learning process for many of us!