American Idol Contestant Drake Already A Winner To His Family

Spring City, TN —  Drake Taylor, family and friends were all at the Tennessee Valley Theatre in Spring City recently in a musical event to raise money for Drake’s trip to audition for American Idol.  After the crowd had left, there was still a large contingent left as Drake’s family sit down with Chattanooga News to talk before his next audition.  Drake had already made it through his first audition and was soon to go to the next stage of the American Idol journey.  And when he goes on that journey, he will have large contingent of family traveling with him.

It is an amazing journey when a talented individual gets a chance to show the nation what he can do.  It is also a great opportunity for the local community to give their support to a local boy or girl going for the big time.  Drake has is a large family that obviously supports Drake in his American Idol quest, but they also look up to big brother drake for this role in the family.  Every family member voiced their appreciation for what Drake had provided for the family over the years.

If Drake makes it all the way and becomes the next American Idol, it would be great.  But regardless, of the results, the journey has been one that has brought the family even closer and enriched our community as one of our own it going for the stars.

Drake is the oldest boy and has eleven brothers and sisters.  Drake is the ultimate big brother.  During interviews, though the sisters shared a few digs at big brother.  One complaint was that drake kept them up singing.  He also likes to chase the girls with bugs.  He also had been know to put frog in the shower.

But he was also appreciated as a best friend, singing coach and good listener.  Drake was praised for his giving heart and many other attributes.

His mother Courtney Swafford said, “He has to grow up very quickly but he has always been very helpful.  Our family has been through a lot and Drake has been my rock for sure and for a lot of the girls too.  We are excited for the rest of the world to see him.  They will get to see who we see and who we know.”

Drakes sister Maddie Taylor said, “Most of us grew up without a dad, but he(Drake) has been like a father figure to all of us.  He is just a good hearted person.”

Drake”s oldest sister McKinley McArthur said, “Drake is just all around great person.  When you are upset, he is always there.  He is the light at the end of a dark tunnel.”

Drake is on the Rhea County High School basketball team and is a good student.  Drake began singing national anthem at around age 7 and has sang the national anthem all over the area as well as at the TSSAA High School Championships.  But as we are all finding out, he can sing much more than our national anthem, “The Star Spangled Banner”. 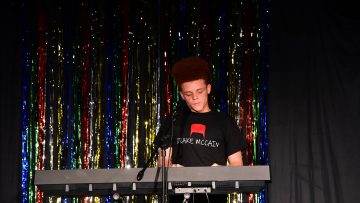 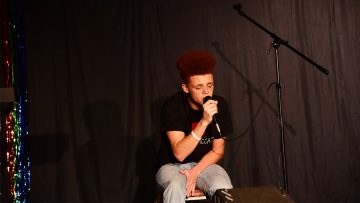 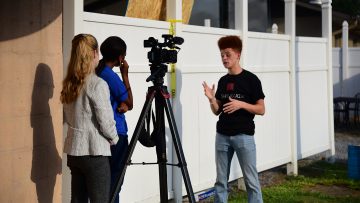