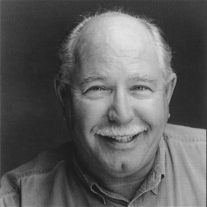 Donald Ross Raymond, age 77 of Soddy Daisy died unexpectedly Friday evening, October 14, 2016 at Memorial Hospital in Chattanooga. Don was born in St. Albans, Vermont on September 23, 1939 to the late Donald and Lourine (Jure) Raymond.
Don had been a resident of Riverside, CA until 1954 when he moved to Vermont. In 1974 he moved to Tennessee living on Mowbray Mountain. He was a graduate of Enosburg (VT) High School, received his B.S. in Education from Johnson State College in Vermont and then earned his Master’s Degree in Education at University of Tennessee, Chattanooga.
Don was an educator for over 50 years in Vermont, Tennessee, Kentucky, California and Georgia.
He was also an actor in film, television and theatre. He was best known in Chattanooga as the “Nice Cars Guy” who was always getting a pie in the face. Don was a member of the Mile Straight Baptist Church in Soddy Daisy, the Chattanooga Film Society and the Montlake Property Owners Association.
In 2007 he received the Educator of Distinction Award at the Jimmy Carter Center in Atlanta which was presented to him by Claes Nobel, senior member of the Nobel Peace Prize family.
He is survived by his wife of 58 years, Juanita “Marti” Raymond of Soddy Daisy, three sons, Don “Marty” Raymond, Gregory Raymond, Chandler Scott Raymond all of Chattanooga, three daughters, Deborah (Donald) Shirley of Lafayette, GA, Kim (Jim) Heard of Soddy Daisy and Jana (Tim) Lind of Ooltewah, TN, 19 grandchildren and 23 great-grandchildren. He is also survived by his sister, Nancy Courtney of Rialto, CA.
A Celebration of Life service will be held for Don on Tuesday evening at 7:00pm in the funeral home chapel with his pastor, Dr. Al Goss officiating.
Please share your memories of Don on his online guest register at www.vanderwallfh.com.
Memorial contributions may be given in Don’s memory to Special Olympics.
The family is being cared for by the Vanderwall Funeral Home in Dayton where they will receive friends Tuesday after 5:00pm.
- Advertisement -