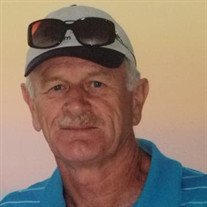 Donald Edward Swafford, age 66, of Dayton, died early Monday morning, October 1, 2018 at his home. He was born June 15, 1952 in Pikeville to the late Leonard and Ruth (Harris) Swafford.

Don lived in Dayton most of his life. He graduated from Bledsoe County High School Class of 1968. He served his country with the United States Marine Corps. Don was a welder and worked in construction previously to being employed by La-Z-Boy as a Maintenance Supervisor until his illness. He enjoyed golfing, hunting, fishing, but most of all spending time with his grandkids and family. Don attended the Frostbite House of Prayer.

Funeral services for Don will be held Thursday at 5:00 p.m. in the funeral home chapel with Rev. Paul Daniel officiating. He will be laid to rest in Spence Cemetery with Military Honors.

Please share your memories of Don on his online guest register at www.vanderwallfh.com.

The family is being cared for by the Vanderwall Funeral Home in Dayton where they will receive family and friends Thursday after 1:00 p.m.