Dayton, TN —  Dayton City School has released school calendar for 2018-19.  First day of school with be an abbreviated August 6th come and go day for parents and students to meet their teacher.

More information about Dayton City School including registration requirement are included below:

REQUIREMENTS FOR ALL NEW STUDENTS:

Pre-Kindergarten slots have been filled for upcoming year.

– Children entering kindergarten shall be five ( 5 ) years of age on or before August 15 for the upcoming school year.
– Proof of Age: A Birth Certificate or hospital record
– Kindergarten: NEW Tennessee Certificate of Immunization form ( # PH-4103 )
– Health Examination: Physical to be filled out in the top right hand corner of form
– Social Security Card
– Proof of city address : Parents must bring the previous month’s electric bill.

If the electricity is not in your own name, you must submit a signed legal affidavit from City Hall, 399 1st Avenue in downtown Dayton. You must take the person you are living with to City Hall.

The tuition fee for Dayton City School is $ 350.00 per child.
Non-resident students shall be admitted to Dayton City School on a space available basis according to the following priorities:
– Children of Dayton City School faculty
– Children of Dayton City School staff members
– Children of all other City of Dayton employees
– All other tuition students who were enrolled the previous year shall receive next priority when enrolling for the ensuing year. If choices are to be made among these children, the number of years enrolled will be the determining factor followed by the time and date of registration. To ensure their position, returning students must pay during open enrollment in May or lose their years of enrollment.
– Among new students, priority shall be based on order of tuition paid. Those holding the earliest dated paid tuition receipts will be considered first for enrollment.
– Tuition for out of city students will be set by the City of Dayton Board of Education, and shall be paid in one installment at the time of registration. Tuition fees are not refundable (unless due to lack of space).

Please be advised that the final enrollment of your child in Dayton City School depends on the number of city students that register. 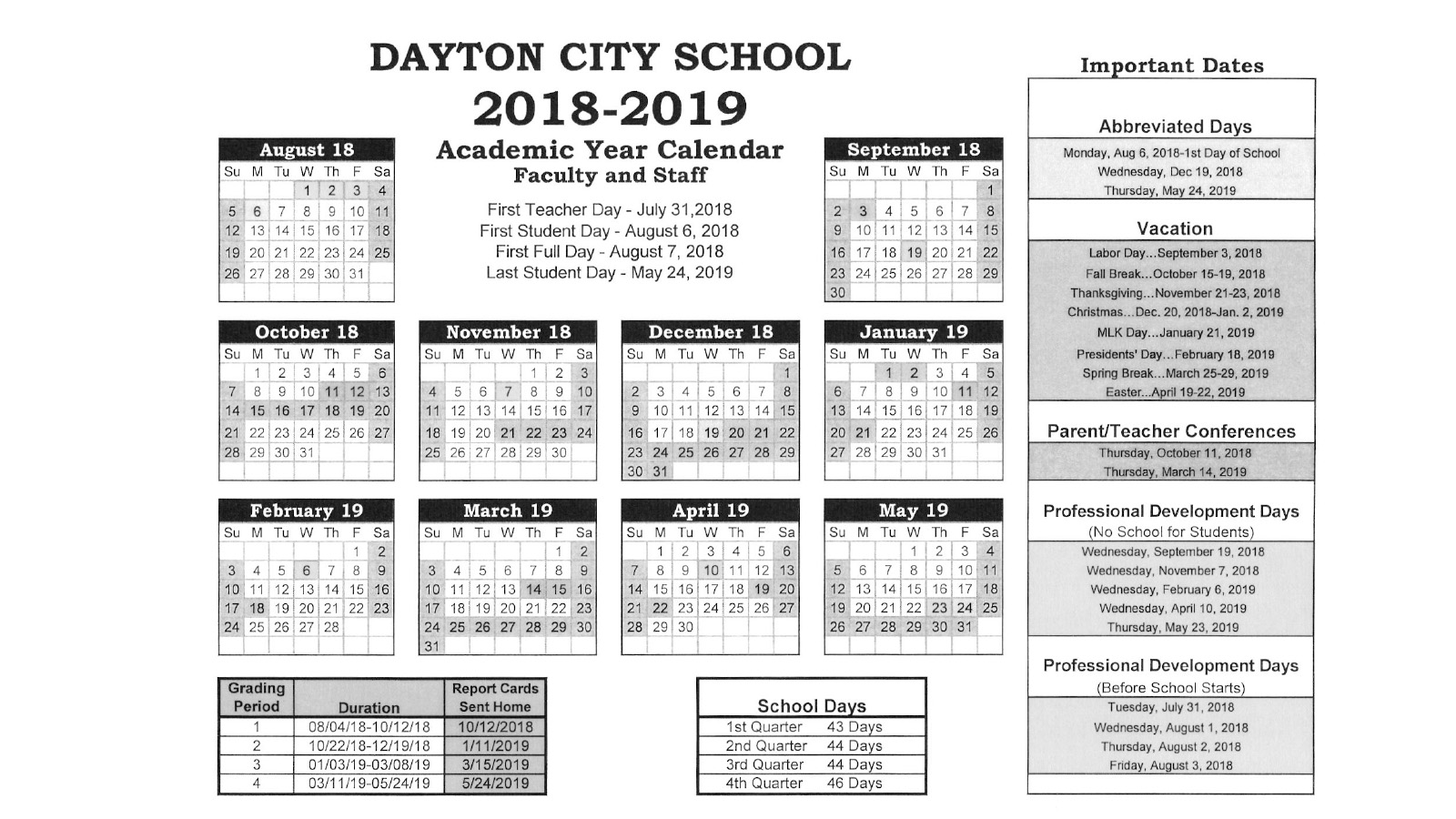