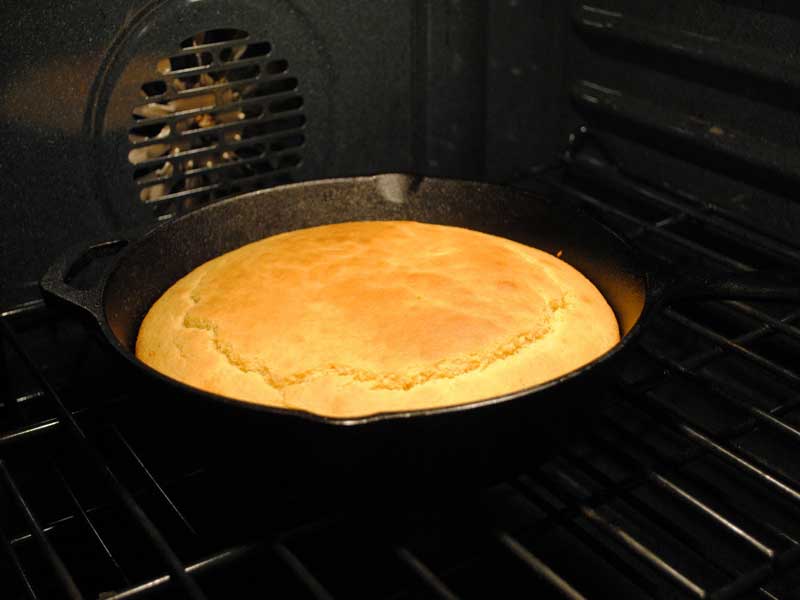 So…what’s that mean…”Country as Cornbread” ??? The term has never been formally explained to me but I have my own interpretation and use it somewhat frequently to fondly refer to a friend or acquaintance. On rare occasion, the words are used in reference to an object but those occasions seem a misuse given the intent I hold for the cliché like term. Yes, that’s exactly the word I was looking for – it’s a cliché. I can run with that…

From WikipediA:
A cliché or cliche is an expression, idea, or element of an artistic work which has become overused to the point of losing its original meaning, or effect, and even, to the point of being trite or irritating, especially when at some earlier time it was considered meaningful or novel.

There is a difference in that definition and why “Country as Cornbread” has become a cliché. The words are not irritating or overused but have become meaningless in these times. Meaningless in the respect that cornbread has become most anything BUT “Country”. Consider these ingredients: 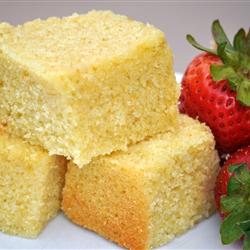 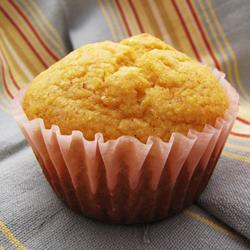 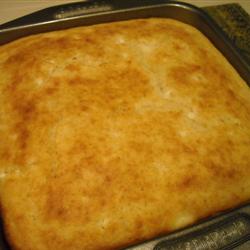 The first recipe has buttermilk – good. The second has an egg – good. The third has self-rising corn meal mix – good. None of these list bacon grease as an ingredient and clearly none had contact with smoking hot cast iron. It appears that somebody made a crucial error and used yellow corn meal as well. For heaven’s sake folks, sugar goes in cake not cornbread. I suppose flour is OK in moderation but not in equal measurement with the corn meal. Those strawberries pictured as garnish don’t belong anywhere near cornbread. Looking at the photos, “Cornbread Consumption” takes a whole new meaning as you wouldn’t dare try to breathe while taking a bite lest you choke on crumbs. Well…enough of that, let’s put the “Country” back in the cornbread. Here’s how!

We’ll need a seasoned cast iron skillet of the appropriate size for the family. If your family requires a skillet larger than 10 inches in diameter, use two skillets. Seasoning a new cast iron skillet is necessary to prevent sticking (look here). Minimal seasoning is adequate to prevent sticking but it just gets better. For those unfamiliar with cast iron, you need to understand up front that the cornbread skillet is off limits to unauthorized personnel – period – no exceptions. In time, the cast iron will develop an almost nuclear, onyx surface if carefully nourished and guarded. At this point it will barely survive a trip through the dishwasher. Guard it with your life and take it with you when you go on vacation. House guests, trying to be helpful, are notorious for putting cast iron in the dishwasher.  I’m fairly certain that “cornbread skillet in the dishwasher” has been responsible for a few of those domestic murder/suicide events along the way.

Save bacon grease (aka bacon fat) at every opportunity! Garner a vessel with a fairly tight fitting lid that is designed to withstand heat. Place the vessel on a pot holder and pour the grease in right out of the pan you used to cook the bacon. When the grease cools to a tolerable level set it in a corner of the counter for the next time. DO NOT save bacon grease that has been used for frying eggs. You’ll need at least a quarter inch (melted) in the chosen skillet to make cornbread. If you don’t have enough bacon grease, it can be supplemented with vegetable oil or Crisco with the understanding that the cornbread will be diminished.

OK, we’ve got our skillet and some bacon grease. Time to make the cornbread….Hey…wait a minute!! It just occurred to me that if folks have been using ingredients as above, some of those folks might not understand when to serve cornbread. I didn’t use the word “you” because I don’t want to get personal or appear condescending – just sayin’. Cornbread does not go well at all with steak and baked potato, pasta dishes, or lobster. Serve cornbread with beans and taters, beef stew and hearty soups. AND….Right here is a good place to talk safety. In the following steps you’ll need to know what to expect as you will be dealing with dangerously hot material. Read to the end before doing anything more and understand that the skillet handle will require more than one pot holder. Additionally, when the hot grease is poured into the batter some bubbling and spattering will occur – same thing when the batter is poured into the skillet. Plan ahead and know what you’re going to do if the pot holder is not enough and you have to quickly set the skillet down. Ensure the bowl is deep enough to accomodate the hot grease and is completely heat proof so that it doesn’t fail when the hot grease is added. Do not proceed if you don’t have adequate equipment to prevent injury.

Thick and thin cornbread, using the exact same ingredients, are as different as day and night. I like it thin but you may like it thick. It’s a matter of preference so adjust the ingredients as you prefer but use the quarter inch bacon grease without adjustment and only one egg per skillet. That leaves two ingredients to adjust and one dictates the other….sooooo…if you need more or less, adjust the corn meal mix. For a 10 inch skillet, turn on the oven to preheat at 450, put the bacon grease in the skillet and place in the oven while the oven is preheating.

Using a heatproof bowl, dump in 1-1/2 cups self rising corn meal of the white corn variety (specifically, Martha White self-rising corn meal). Please do not use yellow cornmeal. Break an egg in the bowl, raise one side of the bowl so that the egg runs to a side and slightly beat the egg right there where it sits with a wooden spoon. Add about a half cup of buttermilk and begin to toss the mixture with the spoon while adding buttermilk as needed with the other hand. The goal is to end up with a very thick batter and no dry cornmeal in the bowl. Watch out for corn meal hiding out in the bottom. Some lumps are OK. In fact, lumps are better than over mixing the batter. You’ll learn. If the finished cornbread is smooth like a cake layer on top, the batter was too thin, over mixed or the skillet was not hot enough.

By now the skillet should be hot enough. If the bacon grease is smoking when removed from the oven, it’s hot enough, If not, then wait. When the grease is smoking (don’t let it smoke long enough to burn), remove the skillet from the oven using multiple pot holders that are completely dry. Pour the hot grease into the batter, set the skillet on the stove top and swirl the bubbling grease into the batter with the wooden spoon. Pour the batter into the skillet and return to the oven using multiple pot holders. Some molten grease will likely run down the side of the skillet as a result of this process – Ignore it. When the cornbread is golden brown across the surface, it’s done. Place a plate on the counter top. Remove the skillet from the oven, dump the bread upside down on the plate (be careful as there may be some un-absorbed grease) and set the hot skillet down quickly on the stove top. Leave a pot holder on the skillet handle as a reminder that the skillet is hotter than the hinges of hell. The skillet will remain hot enough to burn for quite some time. Leave it be until dinner is over. When the skillet is cool, wipe it well with a cloth or paper towel. Wipe it until it’s as clean as it can get from just wiping and put it away.  By the way, never scrape stuck cornbread from the bottom of a cast iron skillet.  Weaken it with water, remove it with a dish cloth and re-season the skillet.

Cut the cornbread into pie-like wedges – not squares – and serve with plenty of butter. If inclined to serve with margarine (“Oleo” for folks my age)…just make something else or serve it naked. Cornbread becomes something altogether different but exquisite as a substrate for pinto beans or beef stew.  This is the cornbread that made the dressing for those Thanksgiving dinners you remember so vividly.  Interested in that recipe?  Comment as such as I have it in my head and my heart. 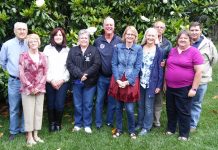 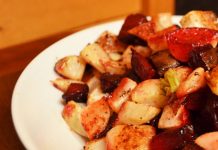