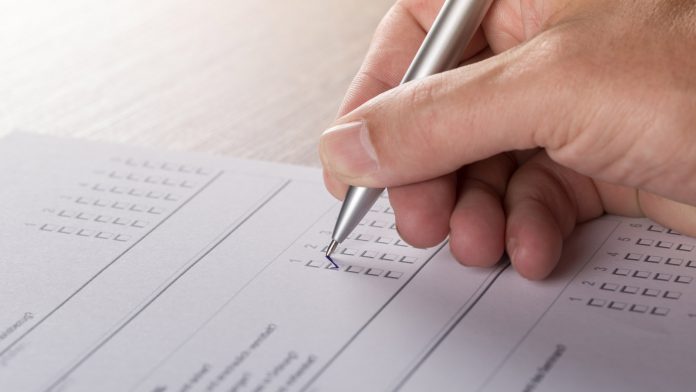 An Editorial by Senator Ken Yager

September 5, 2017 — Once each term I send a questionnaire to the registered voters in my district. The responses are an important piece of information to help provide a pulse on how the citizens of the 12th District feel about the issues before our General Assembly.

Earlier this year, during Session, we mailed just over 73,000 questionnaires.  Not only did we receive a record response but many constituents followed up with over 100 letters!  This tells me you are very interested in current affairs. That’s good news.

I was fortunate to have help collating these responses from Roane State Community College students. Students in the Middle College program as well as members of the Phi Theta Kappa Honor Society pitched in to help.  Many received service learning credit.

From visiting with these young citizens, I am optimistic that the future is bright for the 12th Senatorial District and Tennessee.

Let’s look at the highlights on the wide range of subjects covered:

One such issue is that 54% of citizens agreed with Governor Haslam’s IMPROVE Act.

This was despite the fact that the question was posed when the plan included a higher highway user fee rate, rather than the reduced; compromise rate adopted by the General Assembly which also included additional tax cuts making the bill revenue neutral.

Respondents also believe by a 66.5% margin that Governor Haslam’s Insure Tennessee plan would help provide better access to care.  I expected a majority of respondents to favor that plan, but this margin was larger than I expected.  Insure Tennessee failed in committee in both houses in 2016.

On school vouchers, the answer was split.  Those favoring were at 43.4%, while those opposed were at 43.5%.  This response is representative of the closely divided votes taken by the General Assembly on this legislation.  The measure was narrowly defeated during the 2017 legislative session.   This issue will come up again.

There was great clarity, however, on the issue of the death penalty.  Asked whether they supported the use of the death penalty when it involves murder with aggravating circumstances, 78% of respondents agreed it should be implemented.   Expect this issue to make the news as there are several inmates on death row whose appeals have been unsuccessful.

Medical and recreational marijuana are hot legislative topics in states across the country.  I posed questions on the use of both.  The response was that 58.5% favored the use for medicinal purposes only, while only 24% agreed with recreational use.  I would seriously consider any proposal for medical use, as long as it is specific and has support from the medical or university community, not the Colorado approach.  I am flatly opposed to legalizing recreational use.

Another top issue is the outsourcing of state services to private industry in an effort to save money.  Approximately 52% of respondents believe state government should not outsource maintenance or landscaping of state buildings currently performed by state employees, even if it saves money.  Expect to hear more about this issue in the 2018 Session.

I invite you to go to my website and see the full results of how you and your neighbors answered the questions.

The address is:  http://www.kenyager.com/constituent-survey-reseults/   — and, you don’t have to wait till the next survey to let me know how you feel.

Just email me your opinion at sen.ken.yager@capitol.tn.gov.  I read every constituent email sent to me.

As always, thank you for allowing me to serve you in the State Senate.