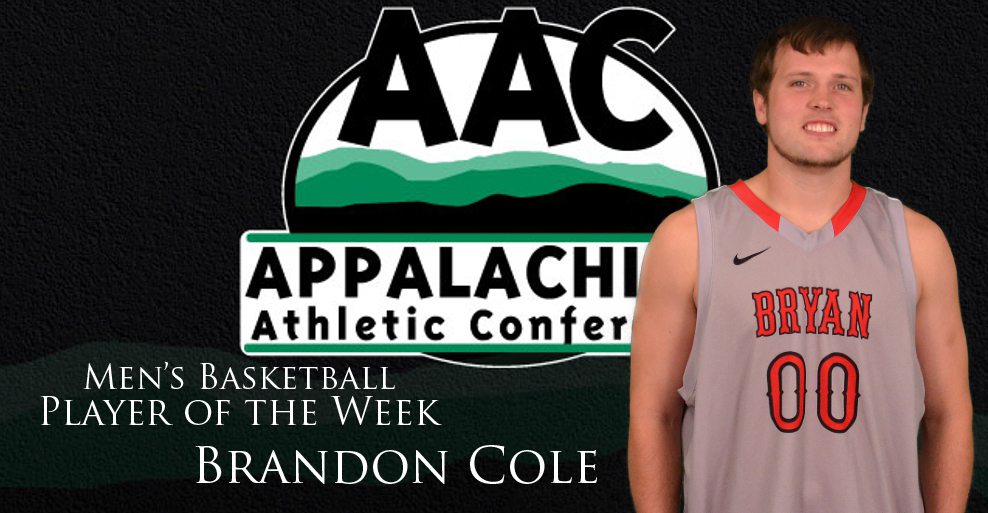 Dayton, Tenn. – The year ended just as it began for the all-time leading scorer and rebounder for the Bryan Lions Men’s Basketball team, Brandon Cole. At the start of the year, the league announced the 1st edition of the weekly awards for Players of the Week for the 2015-16 season, and Cole earned the honors after averaging 32.3 points and 12.7 rebounds per game to help Bryan to a 2-1 record on the week. He notched two double-doubles and scored at least 30 points in each game (high of 35).

Today, the league announced the 12th and final edition of the weekly awards for the Player of the Week for the 2015-16 season, and Cole received the honors.