“Failure of the existing lock – a real possibility if the delay in funding takes too long – would threaten jobs in Chattanooga and throughout East Tennessee, including at the Oak Ridge National Laboratory, nuclear weapons facilities, nuclear power plants and manufacturing facilities.” – Lamar Alexander

WASHINGTON, May 22 – U.S. Senator Lamar Alexander (R-Tenn.) today announced that Congress had approved final passage of legislation that would authorize more funding for the nation’s inland waterways, and could lead to replacement of Chickamauga Lock by as much as six years earlier than the previously projected completion of 2026.

“Congress has done the right thing by finally agreeing to put Chickamauga Lock fourth in the line of essential American waterways to be rebuilt, and authorizing new funding to do it,” Alexander said. “But the work will not be done fast enough to keep jobs flowing into East Tennessee until Congress accepts the offer of barge owners to pay more to accelerate the work. Their offer is in everyone’s interest, including recreational boaters who would not have to pay more but would see their waiting time to go through the lock reduced.”

Alexander continued, “Failure of the existing lock – a real possibility if the delay in funding takes too long – would threaten jobs in Chattanooga and throughout East Tennessee, including at the Oak Ridge National Laboratory, nuclear weapons facilities, nuclear power plants and manufacturing facilities. If the Lock is closed it will put at least 150,000 trucks back on I-75, and if the new expanded Lock is built it will take 100,000 trucks off I-75, according to the Tennessee River Valley Association.”

Both the House and Senate previously passed their own versions of the Water Resources Development Act, and the legislation passed today was the result of conference negotiations between the two chambers. The legislation, which will become law following a signature by the president, would prioritize funding for Chickamauga Lock in two ways:

Infrastructure projects like rebuilding Chickamauga Lock are funded by the Inland Waterways Trust Fund, which draws on fees that commercial users report and pay themselves. In addition to the two provisions contained in the Water Resources Development Act, Alexander said the $600 million project to replace the lock over five years would still require a fee increase that commercial users already support.

Alexander previously called for all three changes – the removal of Olmsted Lock from the Inland Waterways Trust Fund, the restatement of the capital plan, and the user-supported fee increase – as part of the American Waterworks Act. He announced May 1 that portions of that legislation would advance as part of the Water Resources Development Act. 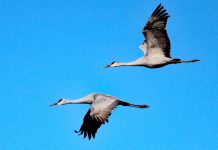 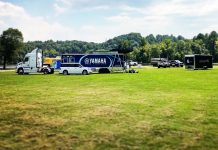