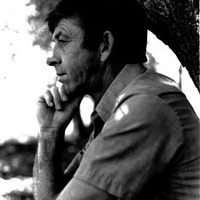 Charles “Wayne” Smith, 76, of Spring City passed away at his home Tuesday, April 2, 2019. He was a lifelong resident of Spring City who loved farming and the outdoors. He also enjoyed spending time with his family and friends, living life to its fullest potential.

Wayne was preceded in death by his parents, Charles Gordon and Minnie Smith; an infant brother; a brother-in-law, Marco Meadows; and a sister-in-law, Jeannette Meadows.