Playing every other series, the 2017 Region 4-5A Defensive Player of the Year led the Eastern team with six tackles (four unassisted, two assisted, and one tackle for a loss). 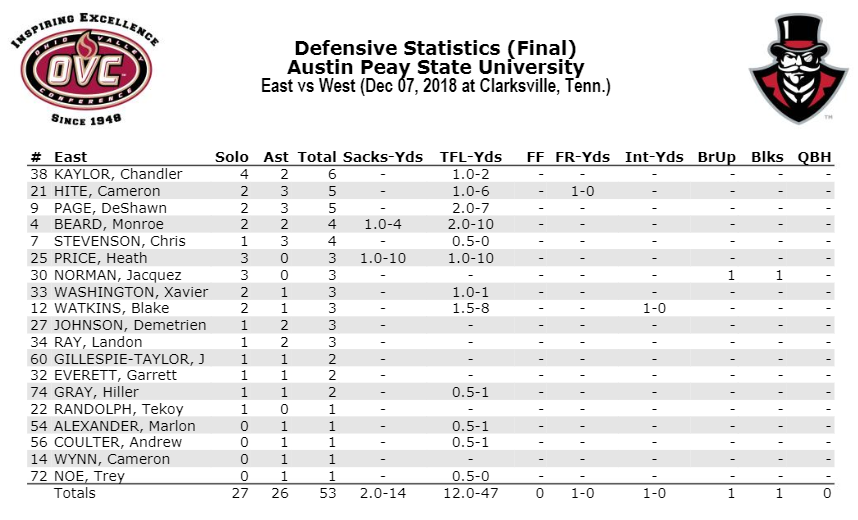 “Being around so many great athletes, only made me want to work harder to be the best out there,” Chandler admits.

And that he did.

Already on the radar of many recruiters, Kaylor’s latest performance only added to an already impressive resume.

For Kaylor, it was more about the experience and was the perfect way to cap his high school career.

“Being able to get out there and see people from different schools, gave me a snapshot of what to expect at college,” Chandler notes.

For colleges looking to finish the recruiting season strong, they can be assured Chandler is a hard-working easy-to-coach player with a nose for the ball.

Reflecting on his Rhea County Football career, Chandler says, “It’s been everything.  It’s family.  I’ve grown up with these guys and played with many starting with the Red Dogs.  I’d love to play at the next level with these guys.”

Chandler has made the All-Region 4-5A team three years straight and holds a 4.34 GPA with an eye on Sports Medicine and Physical Therapy.