Cecil B. Smith was born March 9th, 1929, born and raised in Spring City, Tennessee. He was a graduate of the Spring City High School Class of 1946. He was married to the late Bonnie Jo Denton. They had three children, 5 grandchildren and 6 great-grandchildren.

Cecil is a retired Major from the United States Air Force and also a retired Planning Engineer with the Delta Airlines.

His three children Lyn Smith, Kim Brand, and Bryan Smith hosted the surprise birthday party for him at the Spring City United Methodist Church. He enjoyed the company of many family and friends. 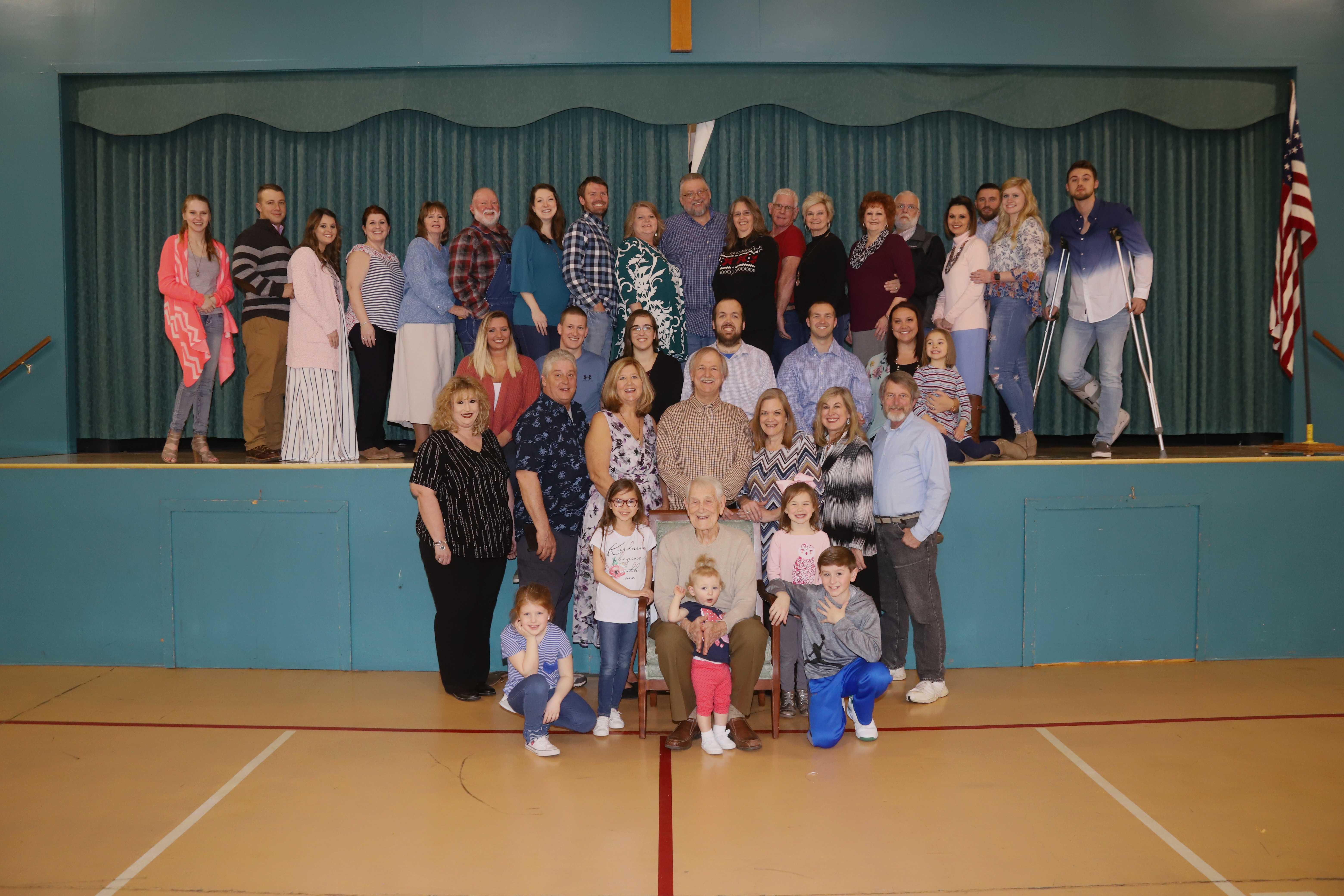 Cecil B. Smith is surrounded by his family during his birthday celebration. (Photo by Dean Wilson)