DAYTON, Tenn. – After leading the Bryan College women’s basketball team to their second straight Appalachian Athletic Conference regular-season championship, which includes the program’s most successful regular-season in recorded history with an extraordinary undefeated 26-0 conference record in the regular-season and a 28-1 mark overall, the league honored Lions’ Head Coach Jason Smith as this year’s AAC Women’s Basketball Coach of the Year.

Smith has amassed a remarkable 169-79 record through his eight seasons as Bryan’s head coach for a .681 winning percentage and is the program’s winningest coach in history. The team’s record-breaking current 27-game winning streak has helped the Lions not only register the best record in the AAC this season but also in all of NAIA women’s basketball division II and I, giving way to a 12th-place ranking in the country, which is the highest the Lions have climbed to since the end of the 2006-07 season. This is the first Coach of the Year award garnered by Smith despite having guided the Lions to the regular-season crown three out of the past four seasons while in search of their third consecutive conference tournament title after capturing it in both the 2016-17 and 2017-18 seasons. Because of the efforts by Smith and the rest of the team, Bryan will compete on the national stage at the beginning of March after punching their ticket for the third year in a row to the NAIA Div. II Women’s Basketball National Championship in Sioux City, Iowa.

In addition to Smith, Bryan had another individual award given, as To’Nesha Allison was named the AAC Defensive Player of the Year, marking the first time since the 2013-14 season that a Lion has received the distinction for standout defensive prowess. Allison is the lone Bryan player to land on both the All-Conference second team and All-Defensive Team. The duo of Karli Combs and Deandra Luna were the Lions chosen to this year’s All-Conference First Team while Tesa Johnson and Destiny Kassner impressed in their debut season to earn a spot on the All-Freshman Team.

Allison, a senior forward from Shelbyville, Tenn., played the role of Bryan’s primary defensive specialist last year and followed it up again for the Lions’ current campaign. This makes the second straight year that Allison has been selected to the All-Defensive Team. Her 18 blocks compiled this season are a team-high while she has chipped in 36 steals. She’s also led the team in rebounds with 194, averaging 6.9 boards per game. She’s made a team-best 64 free throws while carrying a 74 free throw percentage and ranks fourth on the team in scoring with 248 points tallied this season for an 8.9 points per game average. For Lions who have attempted over 100 shots on the year, Allison is atop the shooting percentage column with a 54.8 connection rate, making 92-of-168 tries. She is tied for 12th in the conference in total rebounds and 13th in rebounds per game. Her 18 rejections place her in 14th amongst the conference’s other top shot blockers. She has completed a team-high two double-doubles this year and posted a career-high 18 points in addition to another career-high in rebounds with 14 snagged in one game.

As Bryan’s leader at the point guard position, Luna has been an all-around threat to opposing teams with her precision passing, scoring ability, and defensive tenacity. The two-time First Team honoree is guaranteed another top-10 spot in Bryan’s record books with her team-leading 152 assists, 5.43 assists per game, and 2.03 assist/turnover ratio posted this season. She leads the AAC in all assists categories while placing 8th nationally in assists per game, 10th in total assists, and 29th assist/turnover ration. She is Bryan’s second-highest scorer this year, averaging 9.9 points per game for a total of 277 points. Her 54 steals are a team-best while her nine blocks come behind only Allison. Her total steals rank her 6th in the conference. She’s also played a role on the glass as one of Bryan’s three individuals to rebound over 100 misses with 109 on the season. 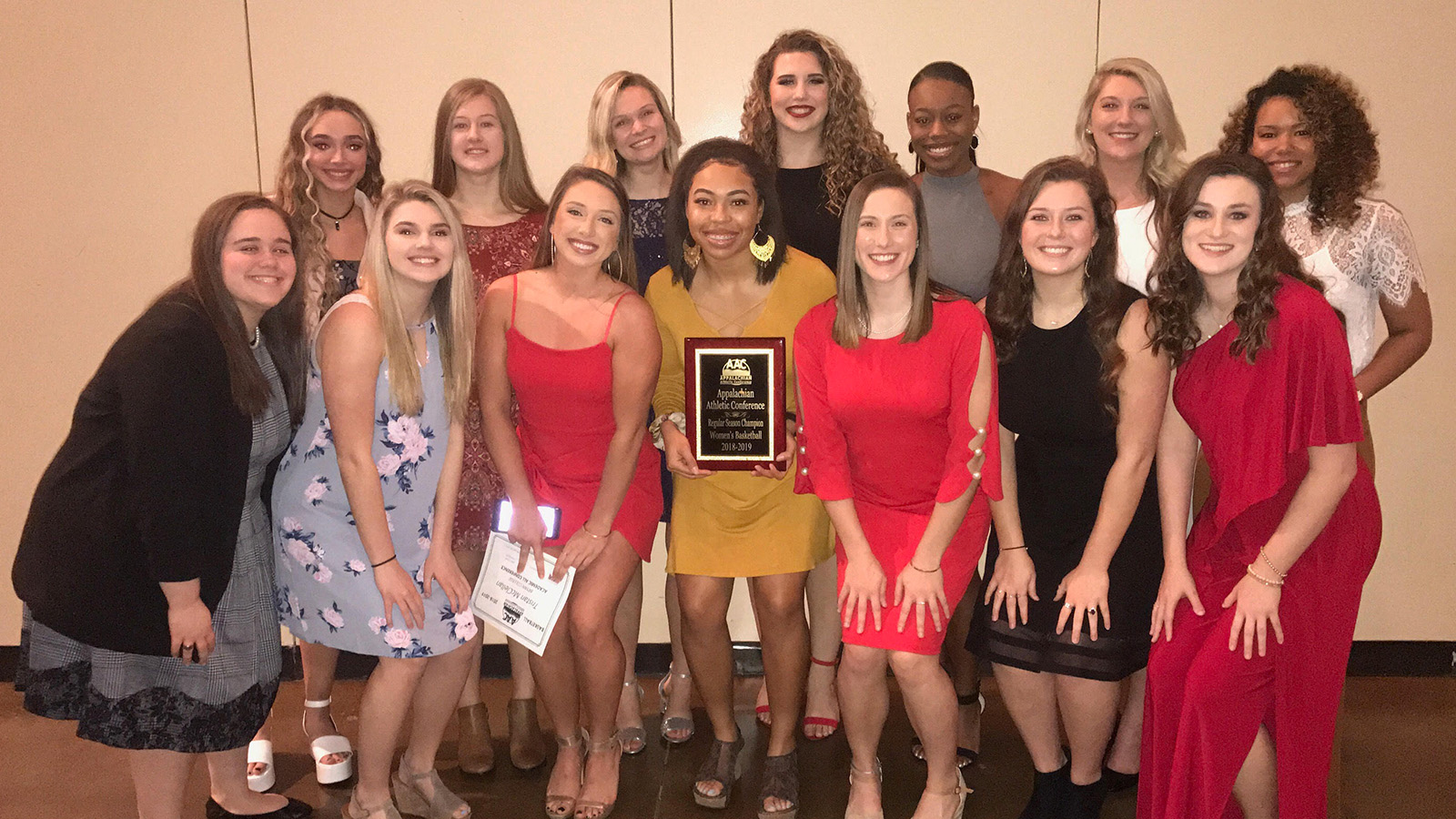 The Lions are loaded with young talent. One of the new faces this year was Johnson who had a slow start to the season but truly came alive in the second semester, piecing together six double-digit games, including a season-high 18 points in one of Bryan’s wins at the end of January. She averaged 17.5 minutes per game, shooting 41.2 percent with a 5.8 points per game average. She had no issue seeing the court, as she handed out 33 assists to go along with her 79 total rebounds. She was one of eight Lions to reach double-digit makes from the perimeter, totaling 20 with a 36.4 three-point percentage. She also used her quick hands to tally 16 takeaways.

Kassner, another new addition to this year’s team, steadily took over the low post responsibility with notable efficiency while adding another three-point weapon to the court. The freshman battled for 6.3 points per game and 2.8 rebounds per game and had the second highest field goal percentage on the year for the Lions at 47.9 percent. Her moves in the paint coupled by a three ball made Kassner a nuisance for other teams, as she tacked on 16 treys during the regular-season with a 34 percentage from downtown. She also took advantage of almost 80 percent of her foul shots, going 19-of-24 on the year, and aided on defense with six total blocks. The impressive first-year performances by Johnson and Kassner resulted in both making the All-Freshman Team.

To be voted to the AAC Champion’s of Character Team, an individual must represent the five core values of the NAIA Champions of Character program: integrity, respect, responsibility, sportsmanship, and servant leadership. Amber Levi is the Lions’ representative to the Champion’s of Character Team this year. Having made the All-Conference First Team the three previous seasons, Levi once again made her presence known on the hardwood while fully embracing the team’s “We Over Me” mentality. The team’s outstanding success did not ride on the shoulders of one player, but instead, Bryan always looked to different individuals to step up and provide in big ways. The selfless style of play by the Lions has been their winning formula all season long. Levi started in every contest this year, averaging 9.5 points per game and 3.2 rebounds per game. She drained the second-most three-pointers on the team, 43, with a 34 shooting percentage from the outside. She also dealt damage at the foul line, finishing 45-of-61 for nearly 74 percent on the year. She ended with 34 assists, 20 steals, and six blocks.

Six Lions were named to the All-Academic Team: To’Nesha Allison, Karli Combs, Amber Levi, Sarah Cain, Keneisha Love, and Tristan McClellan. These awards are presented to all student-athletes who excel in the classroom. Nominees must have completed two terms of attendance and attained a grade point average of 3.25 or higher.

To view the 2018-19 team and individual stats for Bryan women’s basketball, click here.