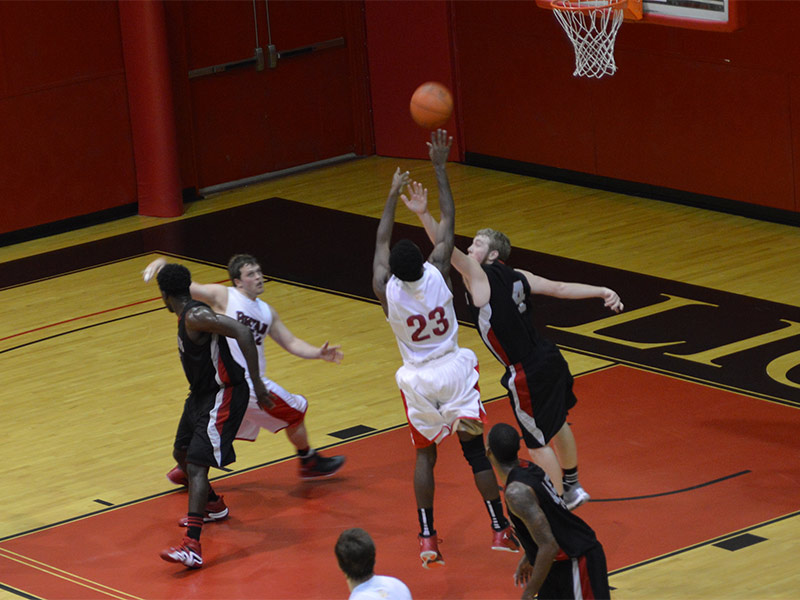 We didn’t shoot the ball well as evidence by 0-20 from beyond the arc.

Coach Don Rekoske’s team began the 2013-14 season on Monday night at home against Tennessee Temple University from Chattanooga, Tennessee. The Lions jumped out on top but Temple came back and went up 28 to 19 with 4:21 left in the half but Bryan stayed close, trailing 32-27 at the half.

At the start of the second half Temple extended the lead to 40-27 and Bryan could never close the gap with the final margin 70-54. Bryan finished with 31.6% shooting from the field and 0-20 from the three point line and lost the rebounding battle 40-37.

Bryan next plays at home against Hiwassee on Wednesday night with a 7:30 scheduled tipoff.
You have the quote from Coach Rekoske.