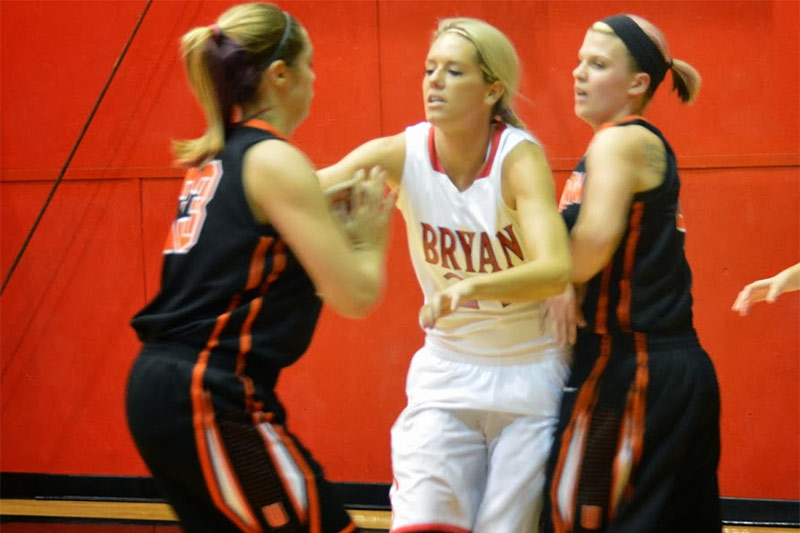 Bryan College hosted Union on the hill Saturday in an important Conference Basketball game for Bryan Men’s team. Coach Rekoske said before the game, “Union is the best team we play in the conference, and we will have to play well to win.”

Union is the best team we play in the conference, and we will have to play well to win.

The game was tied 5-5 after 3 minutes of play and from there Union took the lead for several minutes until Bryan Landers made a three point shot to give Bryan the lead at 13-11. Union came back to tie the game 16-16 with 9:22 left in the first half. From there Union took the lead and stretched the lead to 6 points at 25-19 with 5:27 left in the half. Bryan made a run and came within 1 point but ultimately it was Union that enjoyed a 32-27 lead at the half.

Bryan outshot Union from the field percentage wise at 35 to 32% but Union got up 19 more shots than Bryan. Rebounding was close at 36 to 32 in favor of Union and turnovers was an area of pain for Bryan as they had 24 turnovers compared to 15 for Union. Bryan did make more trips to the line as they hit 14-25 from the line vs 4 of 8 for Union. The loss drops Bryan to 4-4 in Conference play and puts Union at 7-1. Bryan next plays in Georgia against Truett-McConnell on Wednesday night at 7:30 pm.

The Bryan Women took on Union at home in a critical Conference game on Saturday afternoon. Going into the game the Bryan Lady Lions were 6-2 and the Union team was 7-1 and Tennessee Wesleyan also went into their game with Virginia Intermont with a 6-2 record.

Bryan began the second half even better than the first half as they went on a 15-0 run to take a 41-26 lead with 14:49 to go in the second half. But Union was not going away that easily. On the strength of three shots from beyond the three-point arc Union came back to pull within 45-43 with 8:24 to go in the game. With 5:53 to go Union was within 47-46 but never did catch up with Bryan though they did stay close throughout the rest of the game and trailed 54-52 with 50 seconds to go.

Over the last minute of the game it was Bryan hitting their free throws and Union missing on their shots and the result was a hard earned 57-54 win and a three way tie for the Conference race with Union and Tennessee Wesleyan with a 7-2 conference record.

Three Lady Lions finished in double figures to lead Bryan. Kristin Lane (14), Kelsey Brooke (13) and Keila Formont (10) lead Bryan in scoring. Bryan outshot Union 32% to 28% from the field and won the rebound battle 57-48. The Lions next play in Georgia vs Truett-McConnel on Wednesday at 5:30 PM.