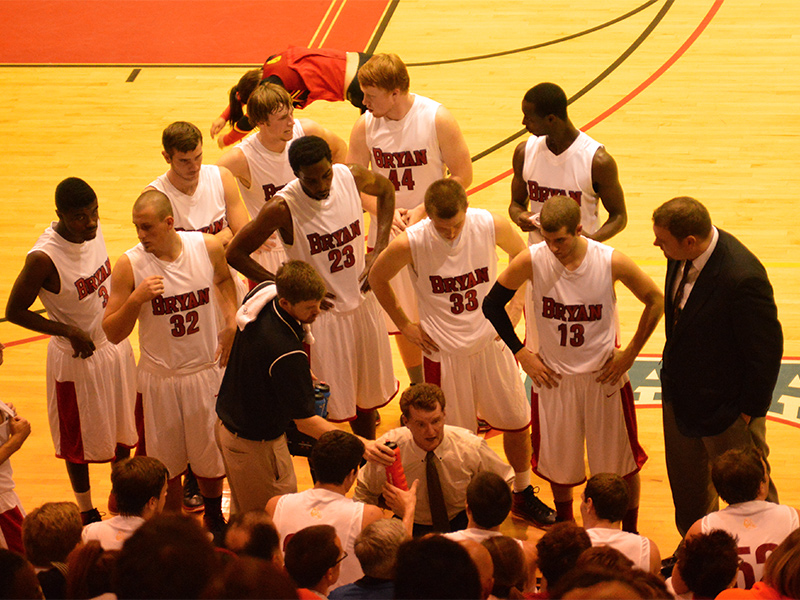 Don Rekoske has completed 9 years as Men’s Head Basketball Coach at Bryan College. He and his family love the Dayton area. Don’s son is a sixth grader and plays on the Dayton Middle School team for Coach Tilley, and his daughter is a 9th grader at Rhea County High School and plays for Coach Johnston. Don’s family attends Westminster Presbyterian Church in Dayton, Tennessee.

Bryan Lions were a young team who progressed well last year finishing strong in third place in the Conference regular season. The team just missed going to the National Tournament in Branson, Missouri as they lost in the Conference Tournament Finals. Coach Rekoske has 6 very good sophomores coming back and he expects this to be a good year for the team. Coach Rekoske thinks he has a nice mixture of talent and leadership that will produce good results this year. Don expects this team should really do a good job on the defensive side and have good rhythm on the offensive end.

Bryan is dedicated to winning championships but even more exciting for Coach Rekoske is the maturation process of his young men. The players have not only set athletic goals but personal and team goals for their involvement in the community and their Christian walk.