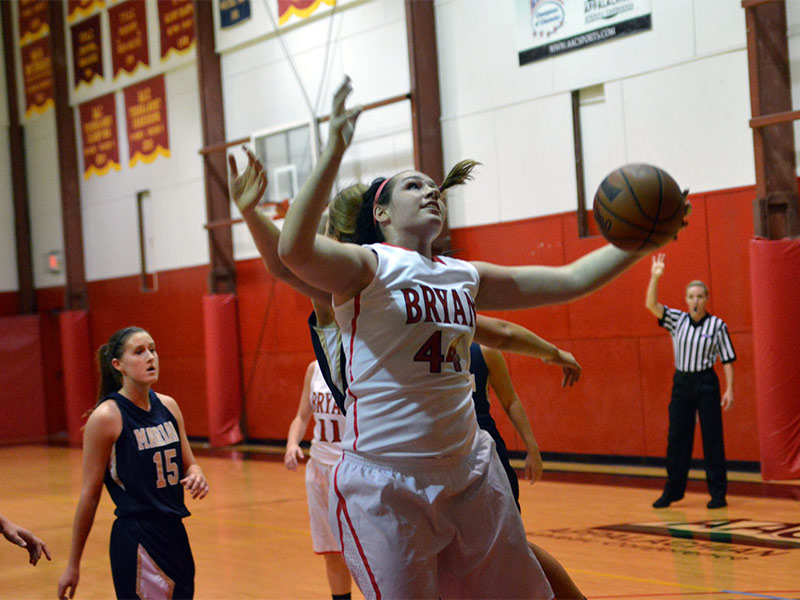 Bryan Lady Lions Basketball Team hosted Marian University on Friday, November 1st. It was a closely played contest with Marian winning 59-53. Marian jumped out to a 6-2 lead, but Bryan came back to take a 9-6 lead. The contest was tied at 16-16 and again at 26-26 at halftime as Marian erased a 22-16 Bryan lead in the last minutes of the first half.

At the beginning of the second half Bryan took a 5 point lead at 34-29 and then Marian battled back and game was tied at 49 with 4:50 left in the game. From there Marian hit two big threes to take a 55-50 lead despite plenty of hustle from the Lady Lion defense. Marian prevailed 59-53.

Keila Formont led the Bryan team with 27 points and Jenna Ray finished with 12 points, 9 rebounds and 4 steals. Marian was led by Sarah Brewer with 15 points with a 3 of 5 mark from beyond the arc while Faith Reece added 10 points. This was Bryan’s first loss of the season after winning their opener with Tennessee Temple.

The Bryan Women play Bechtel College on the road on November November 8 at 5 pm.