June 27, 2016 – Bryan College has been ranked among the 20 best college deals for conservative Christians by Great College Deals.The ranking was published on the organization’s website in June.

The 20 best deals were selected and ranked based on total number of points. Points were awarded based on the following criteria:presence of Bible and Christ-centered academics; active campus groups dedicated to worship; a balance of liberal arts education and spiritual growth opportunity; and any additional features that add value for the Christian student. Featured colleges scored the highest among schools with a net price of $30,000 or less (the National Center for Education Statistics’ College Navigator database was used to determine net price).

Bryan College is an independent, non-denominational, Christian liberal arts college founded in 1930 to establish an institution of higher education that would teach from a Christian worldview. Bryan College works to create an atmosphere that fosters personal commitment to Christ for its 1,475 students. The school’s main campus is located on a 128-acre hilltop in Dayton, Tenn., within the foothills of the Smoky Mountains, just 35 minutes north of Chattanooga.

“It’s exciting to see Bryan College recognized for not only the lowest debt and some of the best online programs, but now to have our entire program recognized as a great value for students,”said President Stephen Livesay.

“It evidences the expertise of ouracademic offerings as well as the overall benefit of a Bryaneducation. As a Christ centered college, I have no doubt that BryanCollege offers an exceptional education for people who are seriousabout their faith and doing well in their academic disciplines andvocation that God has called them to.”

Bryan College offers bachelor’s degree options in more than 20 majors and 60 concentrations, as well as a master’s opportunity in Christian studies. Bryan strives to integrate faith into the classroom; professors open class with prayer and affirmation for the love of Christ. In addition to major related courses, students take Bible classes alongside the core curriculum that defines a liberal arts education.

Read more about the school at the following link: http://www.bryan.edu/

Read the full article at the following link: http://www.greatcollegedeals.net/rankings/best-deals-colleges-conservative-christians/ 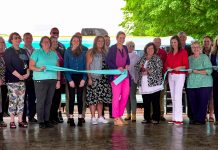