The Rhea County Sheriff’s Office wants to Remind Drivers to Slow Down as Part of the annual “Back to School Safety Campaign”. Sheriff Mike Neal is asking drivers to slow down and exercise caution as the new school year comes back in session beginning August 4th, 2017.

As part of the “Back to School Safety Campaign”, Rhea County Sheriff’s Department Officers are working together to raise public awareness about traffic safety during the school year.

We will focus on motorists who illegally pass school buses, speed in school zones, fail to wear or ensure their children wear safety belts, and commit other unsafe driving actions in and around the schools in Rhea County. “Our goal is not to hand out citations but to raise awareness that school is back in session and to drive safely at all times, but particularly around our schools” said Sheriff Mike Neal.

When Biking to school always wear a bicycle helmet, no matter how short or long the ride. Ride on the right, in the same direction as auto traffic and use appropriate hand signals. Please observe and respect traffic lights, stop signs and know the “rules of the road”.

Encourage your children when taking a bus to and from school, always wait for the bus to stop before approaching it from the curb. Double check to make sure no traffic is coming before crossing the street and make sure to always remain in clear view of the bus driver. Children should only board and exit the bus in designated locations.

Be alert. Expect stopped school busses picking up and dropping off children. Remember bus stop locations may change and may be in new unexpected areas. Also expect pedestrians in neighborhoods and roadways near school campuses. Drivers should scan between parked cars and other objects for children who could dart into traffic

Leave early for schools and other destinations. Parents should only drop their students off in the school’s designated areas.

Motorists should be aware when driving in neighborhoods or school zones, watch for children who may be in a hurry to get to or away from school and may not be thinking about getting there safely.

Slow down and obey all traffic laws and speed limits. Be alert for school zones that have a reduced speed limit at designated times of the day. Keep an eye out for children walking in the street, especially where there are no sidewalks and pay attention for children playing and gathering near bus stops and for those who may dart into the street without looking for traffic.

Sheriff Mike Neal also stated that motorist should also be aware and alert to law enforcement officers directing traffic in and around school zones across the county. 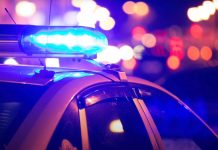